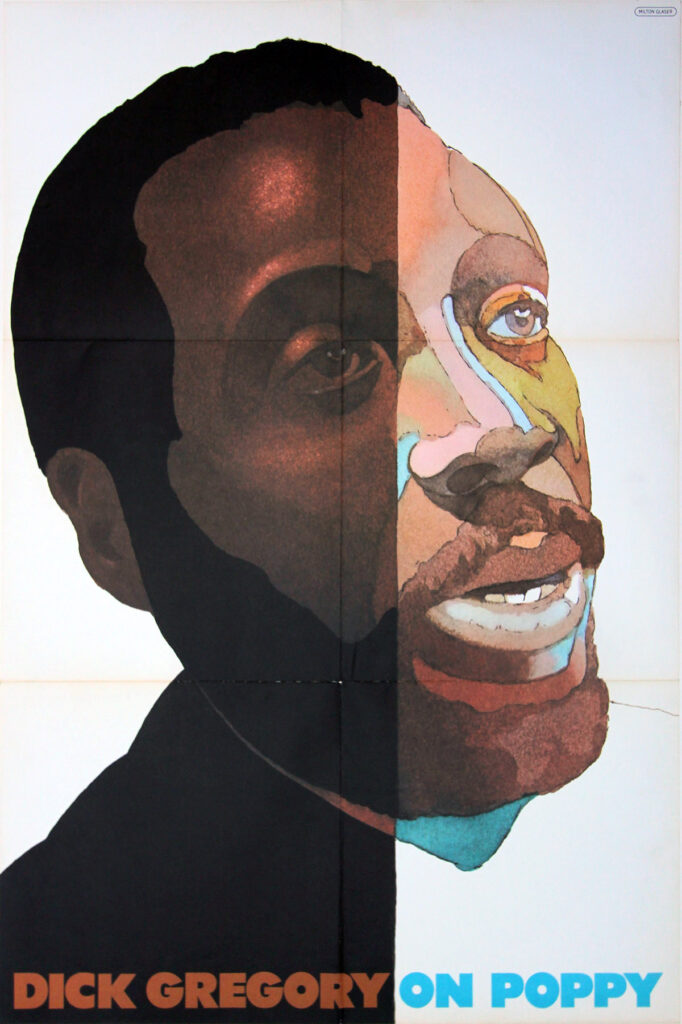 A portrait of legendary African American comedian and social activist Dick Gregory, designed by Milton Glaser, a famous artist in his own right. This poster is in the collection of the National Portrait Gallery.

“In 1969, graphic designer Milton Glaser produced this poster advertising Dick Gregory’s comedy album for the Poppy label, The Light Side: The Dark Side. Gregory had begun his career as a standup comedian in the early-1960s in Chicago, part of an emerging generation of black comedians who drew on current events and racial issues for material. An appearance on The Tonight Show made him nationally famous. At the same time Gregory became an activist in the civil rights and anti-Vietnam movements and ran unsuccessfully for president in 1968. Gregory has remained an author and activist, often going on hunger strikes to show his commitment to various causes.

“In an era when collecting decorative posters turned into ‘postermania,’ Glaser produced a distinctive image with quirky stylization, bold, unexpected colors in the flesh tones, and a bifurcated, light-dark reference to the title.” (National Portrait Gallery – Smithsonian Institution)