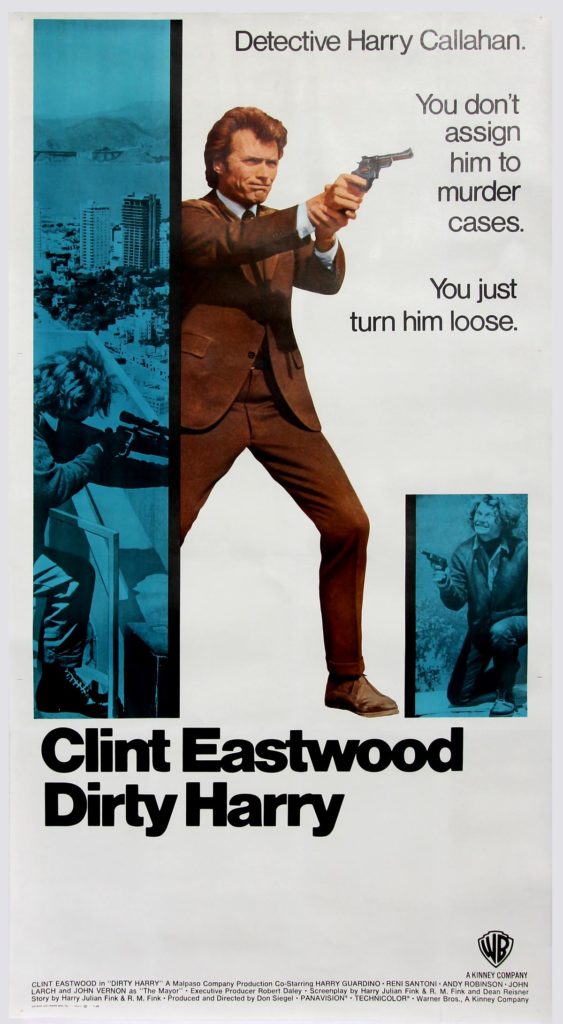 In this tale he is tracking down serial killer Scorpio, who snipes his victims at random. Clint Eastwood, in his iconic role of the paradoxical Dirty Harry (basically an outlaw but deeply moral at the same time), only won the role because originally-cast Frank Sinatra injured his hand.

One of the best poster images for this great film, and one of the hardest to find, with its life-size image of Harry holding up a gun. On linen. There has been a little touch-up along fold lines and to relieve a couple of marginal stains, VERY GOOD-FINE.