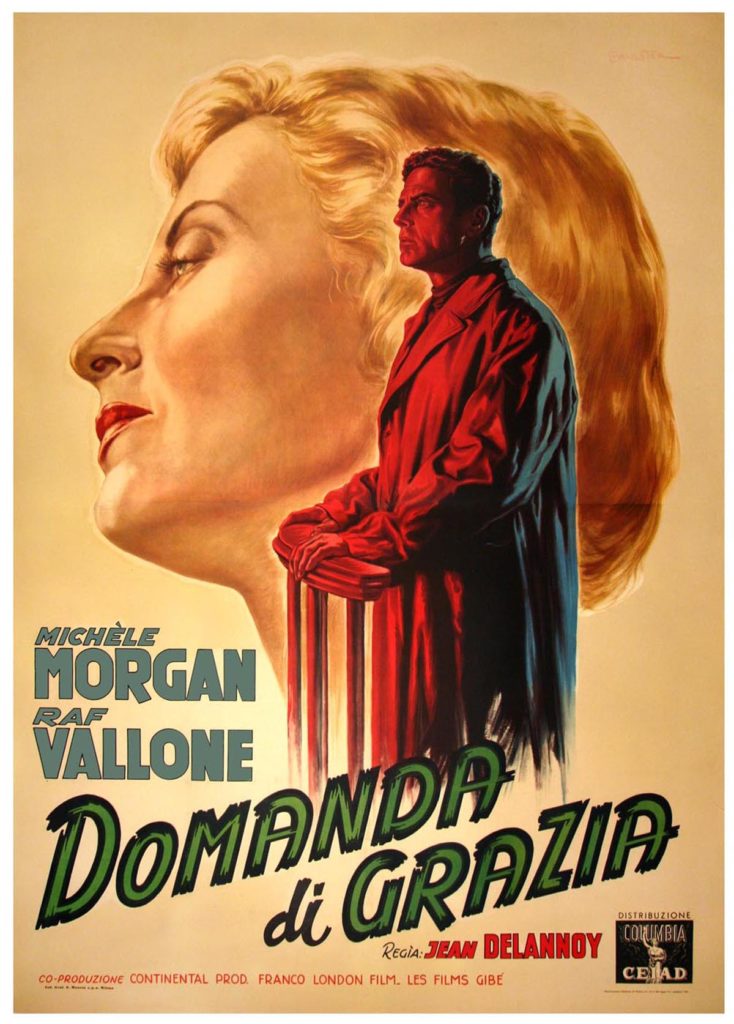 An absolutely stunning portrait of the great film actress Michèle Morgan by artist Anselmo Ballester. A film noir-style based on the short story “Silent as a Grave” by Cornell Woolrich, and perhaps the best filmed version of this story.

This version was set in a Parisian circus and told the story of how a woman attempts to save her husband, who is sentenced to death. French star Morgan enjoyed a successful run in Hollywood films during the 1940s and still lives today, in France.