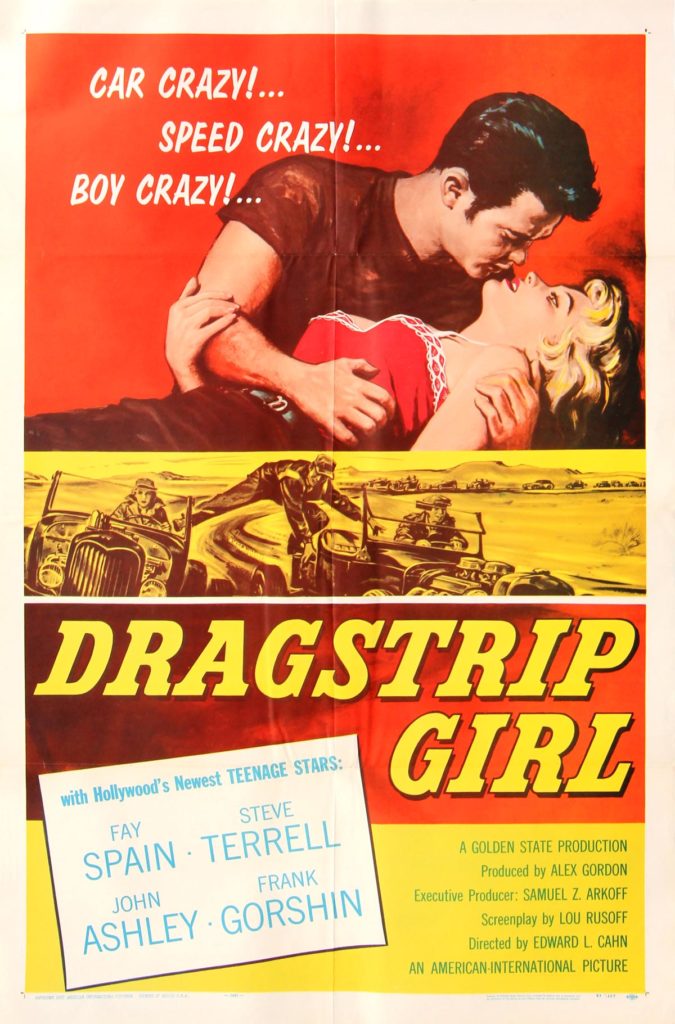 Vintage original 27 x 41″ (68 x 103 cm.) one sheet poster, USA. Fay Spain, Steven Terrell, John Ashley, Frank Gorshin, dir: Edward L. Cahn; American International.
Prolific film director Edward Cahn made a long and creative career directing low budget films. He was popular for making many of the Our Gang shorts in the 1930s and 40s. He ended his career at American International directing pot boilers such as this, which was one of the major films of the 1950s juvenile delinquent genre. This time it was a girl. Fay Spain played Louise Blake, a girl from an affluent family who loves hot cars and a particular rich drag strip diver, all to her parent’s disapproval.
Poster is folded. It does not appear to have been used. Only minor shelf wear. Superb color. ABOUT FINE.