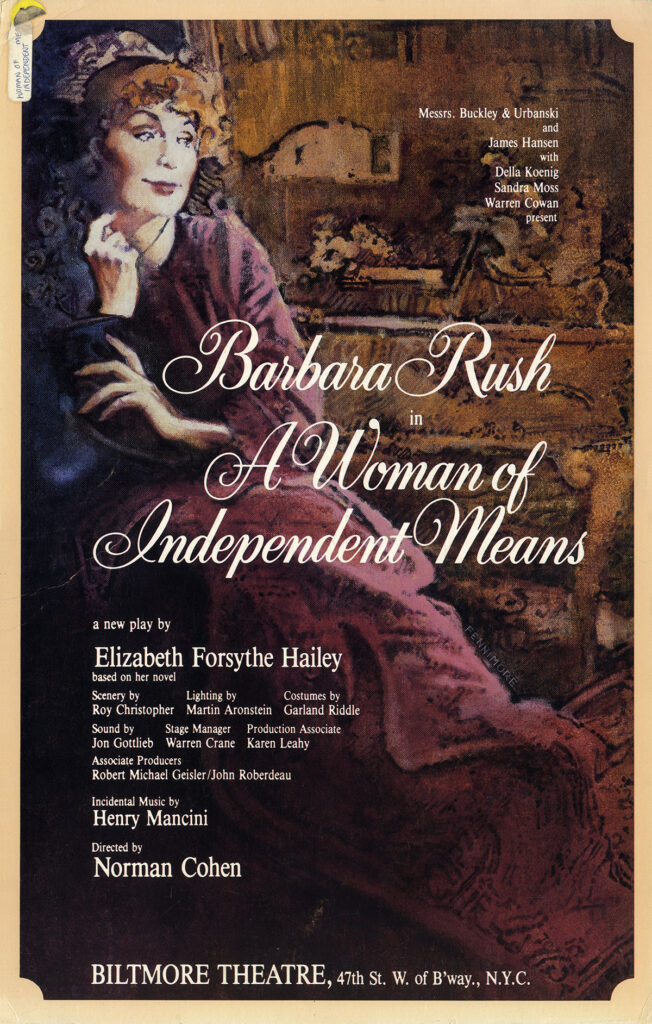 Elizabeth Forsythe Hailey adapted this one-woman play from her novel of the same name — a story that unfolds over many decades about a young woman who inherits a fortune in a society in which women are expected to conform to rigid stereotypes.

The play was first given in Los Angeles to critical praise in 1983. This Broadway run was very short-lived, but the play was later the basis for a very successful television mini-series starring Sally Field.