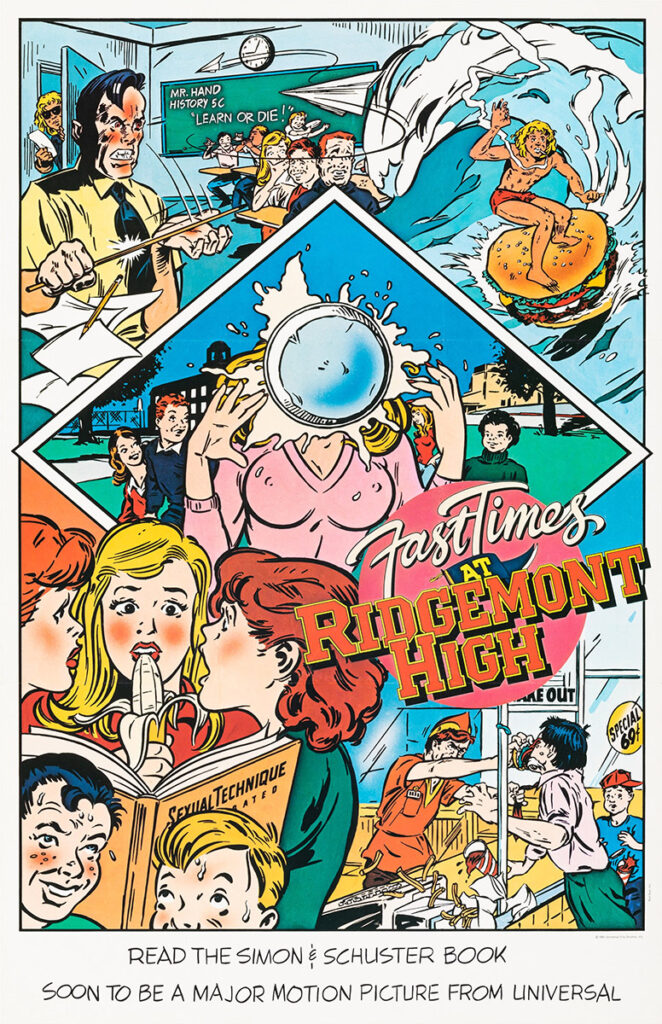 Wild poster art by Rod Dyer. This poster was sent to bookstores to promote Cameron Crowe’s 1981 book, which was already in the process of being adapted to film (here being promoted as an upcoming film). The film is adapted from a book Crowe wrote after a year spent at Clairemont High School in San Diego, California. He went undercover to do research for his 1981 book Fast Times at Ridgemont High: A True Story, about his observations of the high school and the students he befriended there. Amy Heckerling’s adaptation is now a classic of 80s American film. It was added to the National Film Registry in 2005.