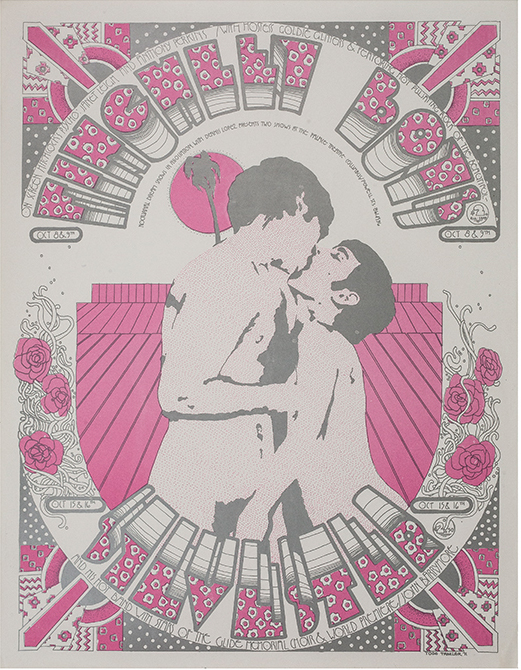 San Francisco: Nocturnal Dream Shows, October 15-16, 1971.  Vintage original 22 x 17 ½ “ (56 x 44 cm.) poster, USA.  A few marginal pinholes, near fine or better.
A poster designed by Todd Trexler, in a fluorescent, day glo silkscreen, for a midnight show at the Palace Theatre.  The program consisted of the indie rock band The Finchley Boys and Sylvester with his band. Sylvester had joined the Cockettes in 1971. This stage appearance was a very early one on his own.  In the following month, the Cockettes appeared at the Anderson Theater in New York, with Sylvester as their opening act.  Their week there was a legendary fiasco, and Sylvester shortly after quit appearing with them, and was entirely on his own.
The artwork, of two young men passionately kissing, is a memento of the heady early days of gay liberation.