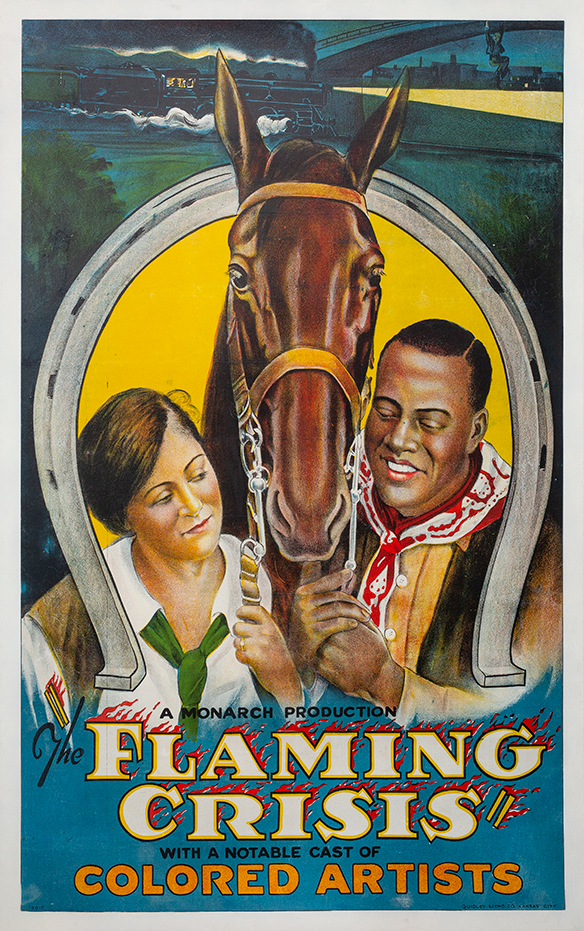 A scarce silent era poster from a Black cast film. “A young black newspaperman is convicted of murder on circumstantial evidence and sentenced to prison. He escapes and makes his way to the southwestern cattle country, where he falls in love with Tex Miller, a beautiful cowgirl. Having rid the territory of an outlaw band, he gives himself up to the law, thinking that he will be sent back to prison. After discovering that the real murderer has confessed, he returns to Tex and the country he has come to love.” (AFI) Richards 361.