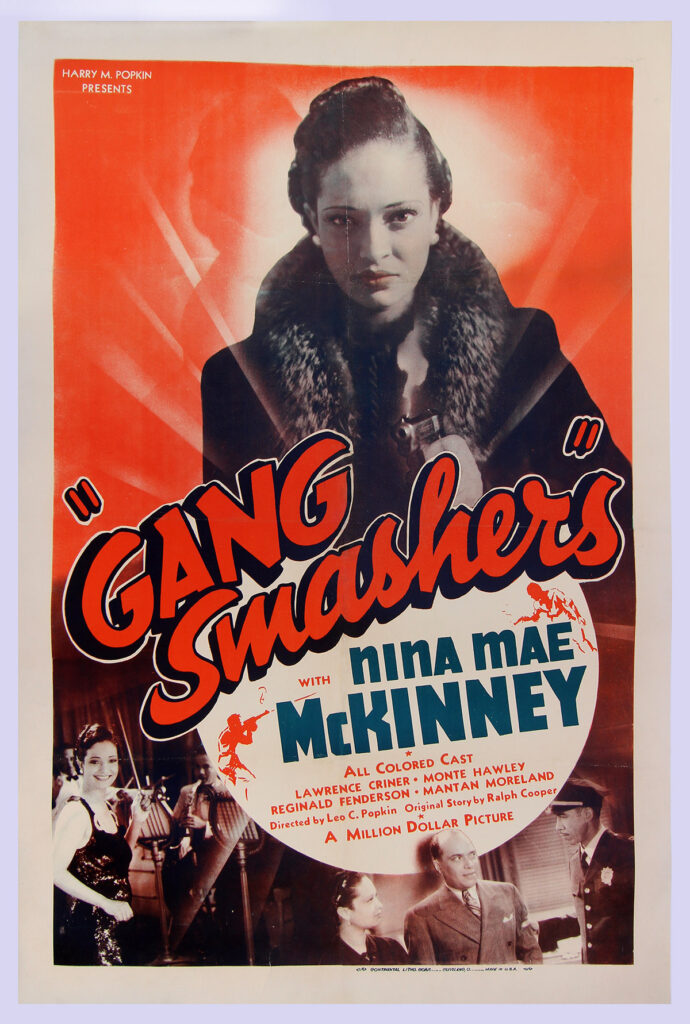 Ralph Cooper — who at this time more often served as leading man in Black cast films — wrote the story for this gangster film set in Harlem. Nina Mae McKinney played the film’s romantic lead and gets the star treatment in this poster. After her initial triumph in HALLELUJAH (1929), despite being referred to as “the sepia Garbo,” she could not find more Hollywood work, and she turned to independently produced Black cast films like this one.