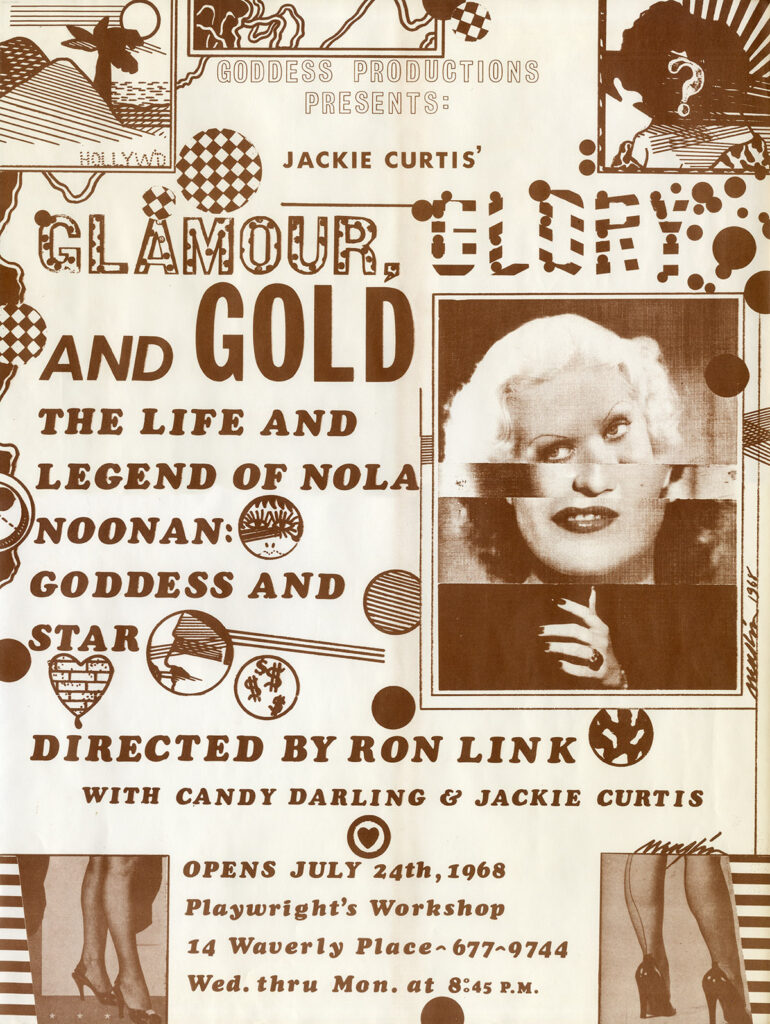 Very scarce poster (the OCLC records no known copy) for a 1968 run of the first play written by and starring Andy Warhol superstar Jackie Curtis. This play had its world premiere a year before, also at the Playwrights Workshop, and an entirely different poster was created for this 1968 revival.