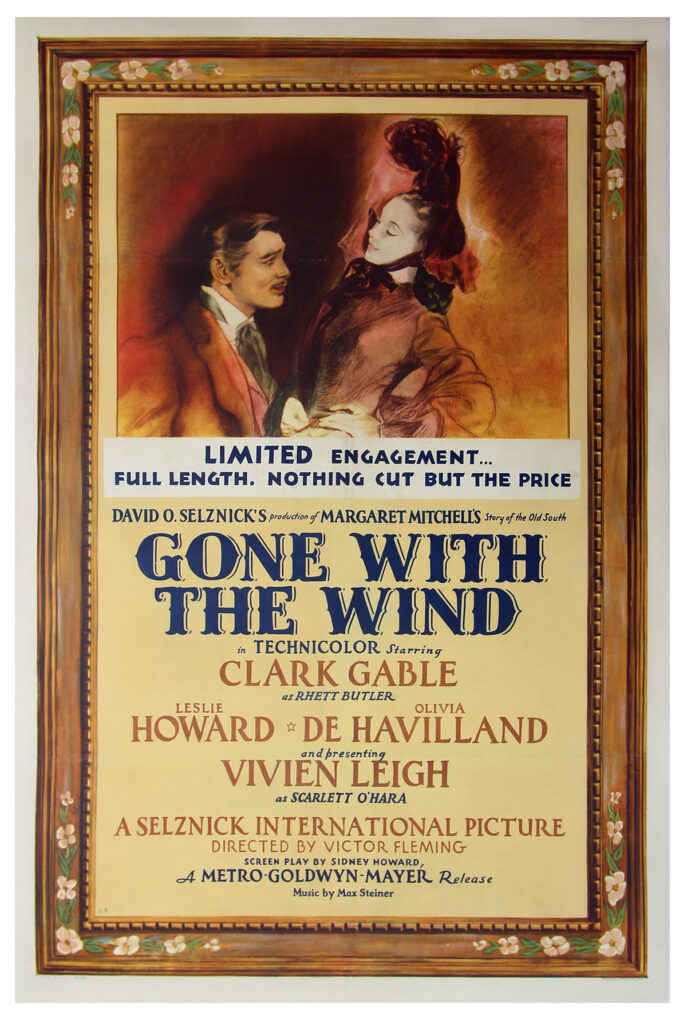 GONE WITH THE WIND (1941) One sheet poster by Armando Seguso

This is one of various posters designed by Armando Seguso for the original release of GONE WITH THE WIND. The film, after its world premiere in Atlanta in 1939, played at premium prices for a year in large downtown movie palaces in large cities. A year later, it continued its release but to a larger group of theatres, and no longer at premium prices. This poster is from that continued first release of the film.