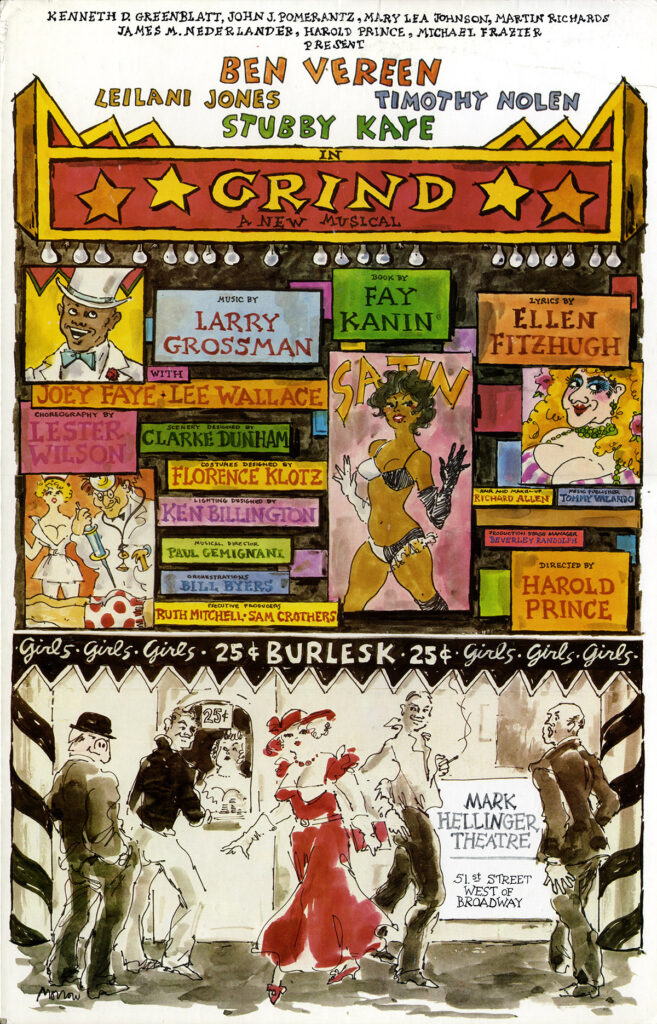 GRIND is a musical play with a book by Fay Kanin, music by Larry Grossman and lyrics by Ellen Fitzhugh, about the primarily African American cast of a burlesque house in Chicago in the 1930s, in which Ben Vereen starred. It was nominated for seven Tony Awards, and won two.