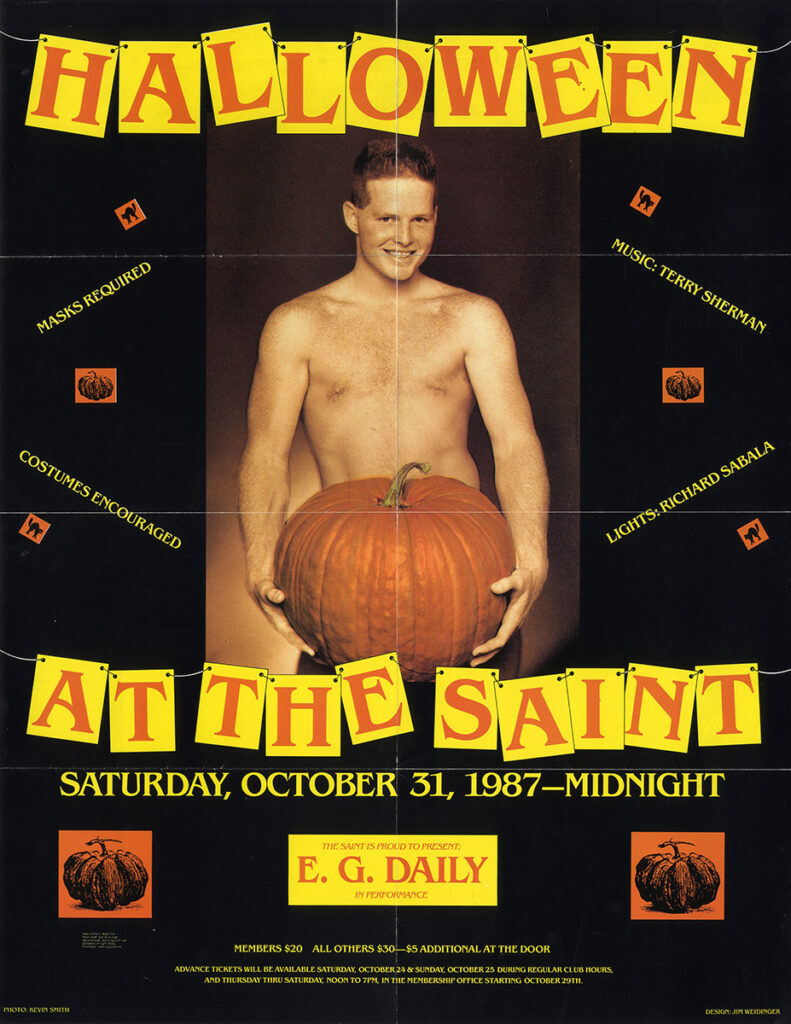 HALLOWEEN AT THE SAINT (Oct 31, 1987) Event poster for NYC nightclub