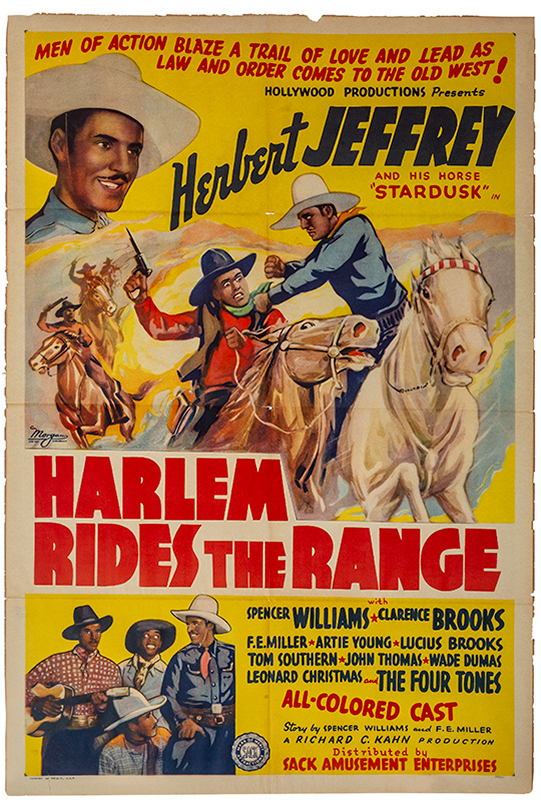 41 x 27” poster, folded, with light wear, a few minor tears to blank margins, and minimal discoloration at extreme edges, near fine.  Herbert Jeffrey, Spencer Williams, dir: Richard Kahn; Sack.
Jeffrey, who was also a famous musician, who performed and recorded, among other things, with Duke Ellington, did four Black cast independent western films in the late 1930’s, of which this was the final one.  This poster, with its colorful art of him on his horse Stardusk, is very uncommon.  Richards 478.