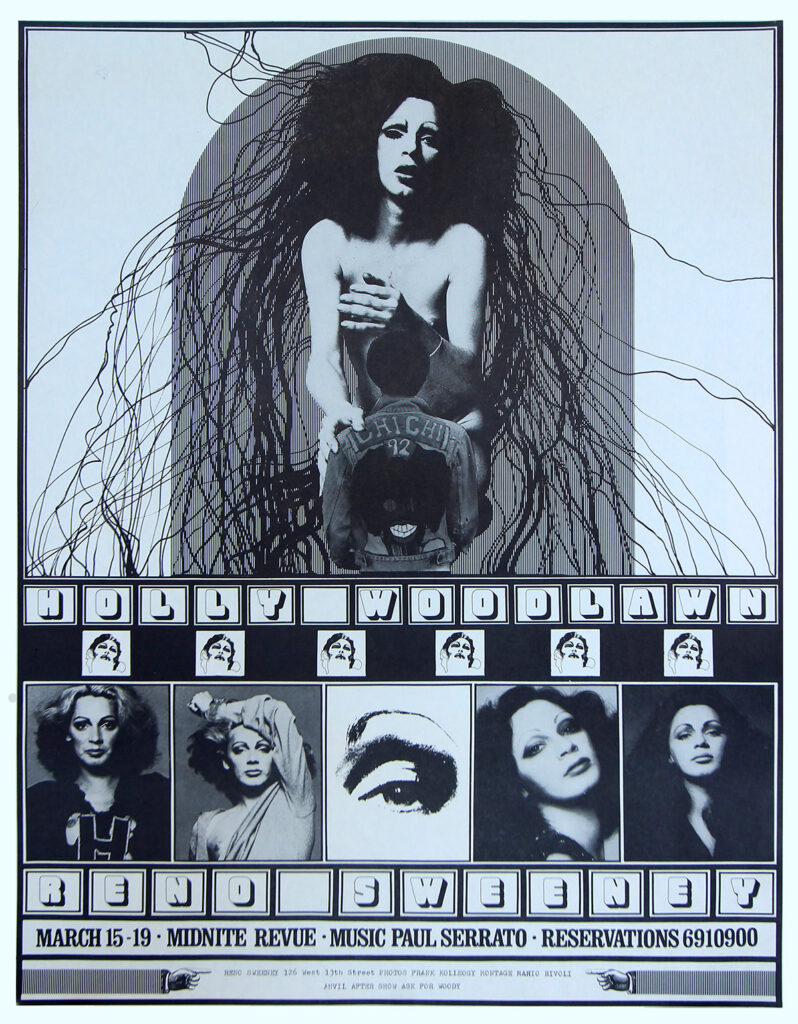 [New York]; Reno Sweeney, [ca. 1975]. Vintage original 23 x 17 12″ (58 x 45 cm.) poster, unfolded, JUST ABOUT FINE. Transgendered Puerto Rican performance artist Holly Woodlawn was a celebrated Andy Warhol superstar who made a memorable film debut in Paul Morrissey’s 1970 TRASH and followed that up with the 1971 WOMEN IN REVOLT. She is remembered as the Holly that Lou Reed wrote about in his famous song “Walk on the Wild Side”. She made a number of cabaret performances, including this one at New York’s Reno Sweeney.