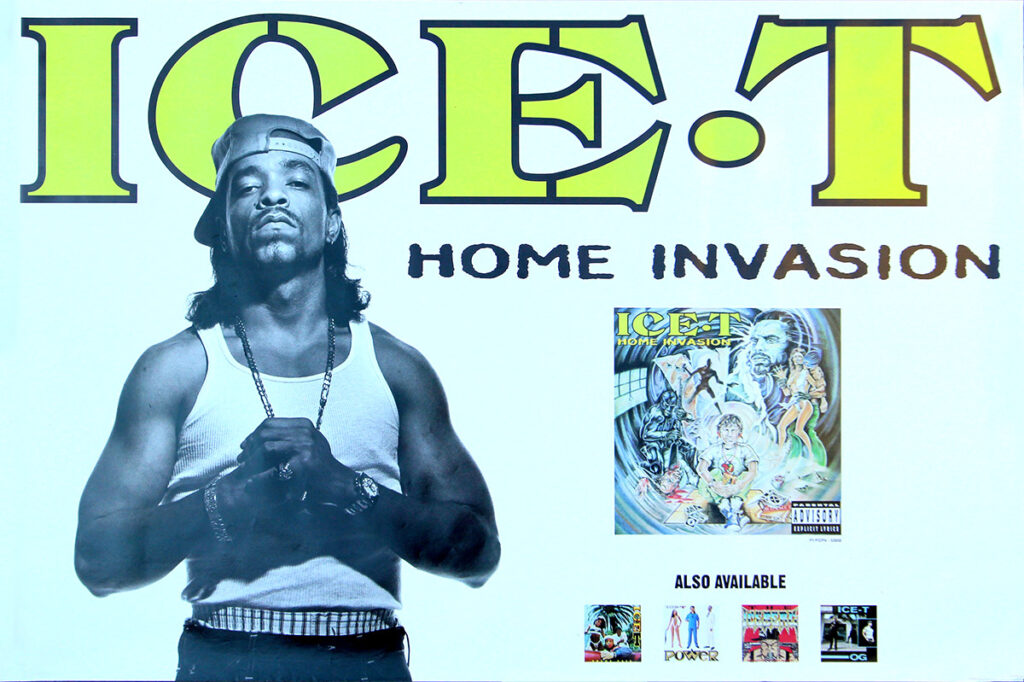 Promotional poster for Ice-T’s fifth studio album HOME INVASION, and the first release through his Rhyme Syndicate record label. The album was originally slated for 1992 release under his prior label, Sire/Warner Brothers Records. But controversy about his previous album with them, BODY COUNT, as well as the artwork (a young white man surrounded by violent images of Black culture), led to his splitting with them and using his own label to distribute his album.