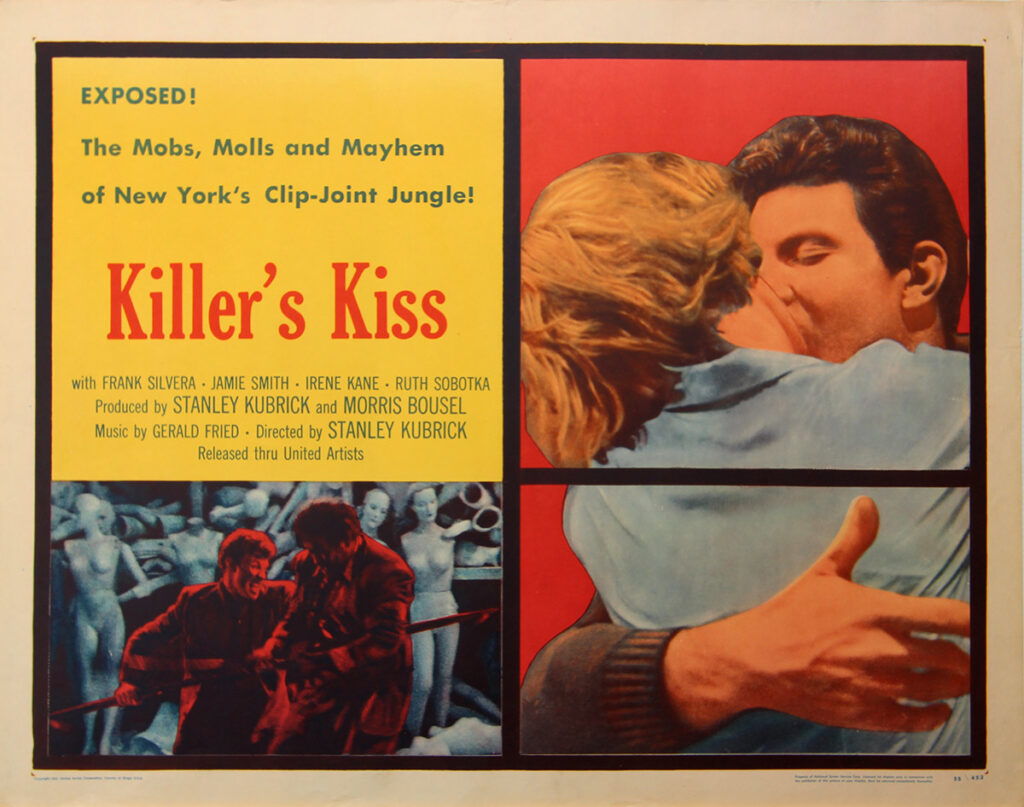 Stanley Kubrick’s second feature film, and the first one distributed by a major studio (he subsequently disowned his first feature, FEAR AND DESIRE).

This half sheet has a montage, with a romantic embrace on the right and an image on left of the climactic and violent finale in a mannequin factory. The villain is armed with a fire ax, and the hero with a pole. This is a scarce poster, and it is in particularly clean, unused condition.