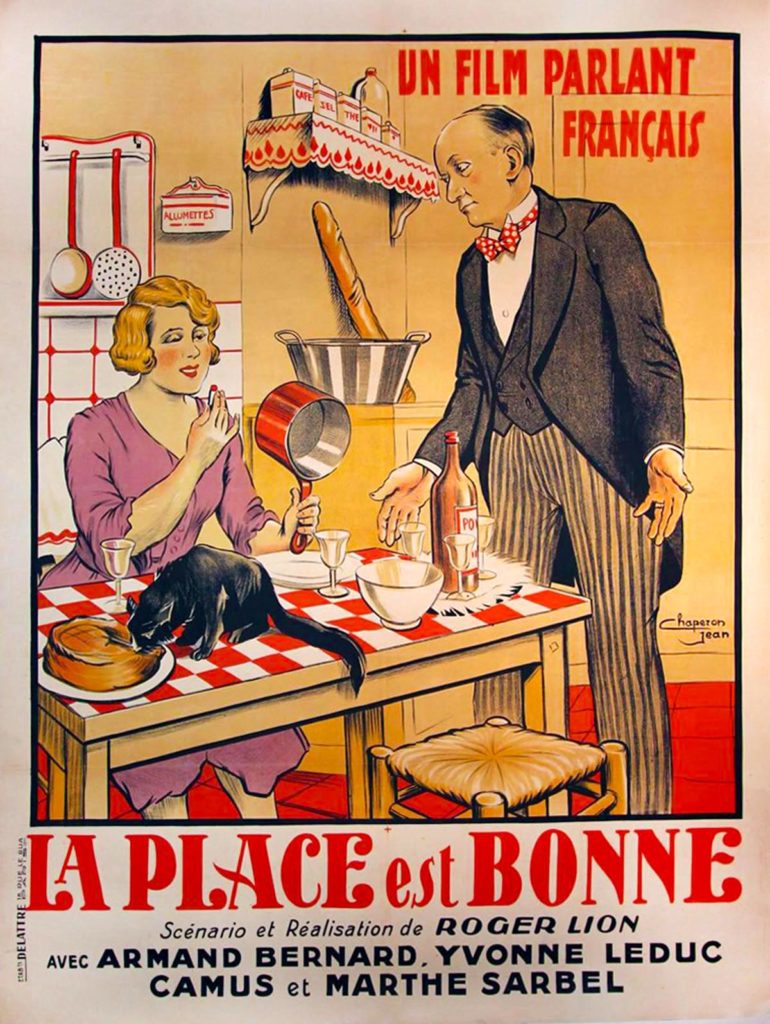 Vintage original 47 x 63″ (120 x 160) grande affiche, France. Yvonne Leduc, Marthe Sarbel, Charles Camus, Armand Bernard, dir: Roger Lion. Delightful poster with art by popular humorist illustrator Chaperon Jean for a delightful early talkie short (39 minutes). A comedy of mistaken identity when the Dutilleuls invite his boss for dinner and fire their maid on the same day. When the boss arrives, he mistakes the mrs. for the maid and she takes on that role, one which she is not prepared for. “Un film parlant français” excited French audiences in this day of early sound film.

On linen, there was only routine touch-up to fold lines, NEAR FINE.