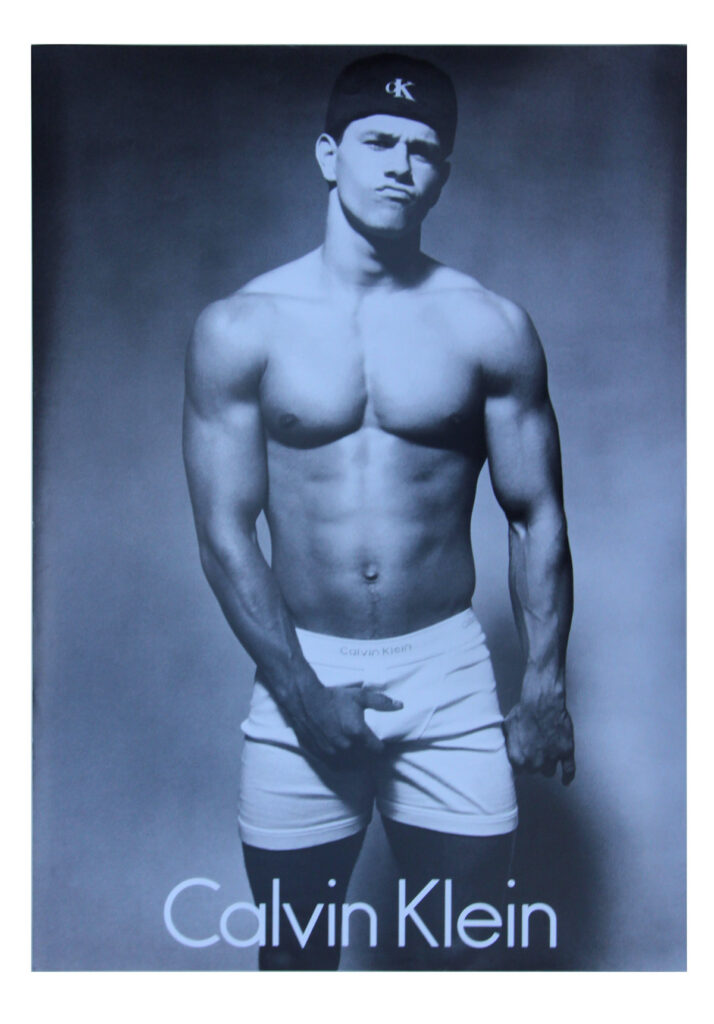 Mark Wahlberg, who was then performing as Marky Mark, shot this iconic image with him grabbing his crotch as part of a marketing campaign for Calvin Klein underwear. This was, to put it mildly, a major attention-getter in the early-1990s.

The poster was originally displayed in clothing stores, and very few of them survived.