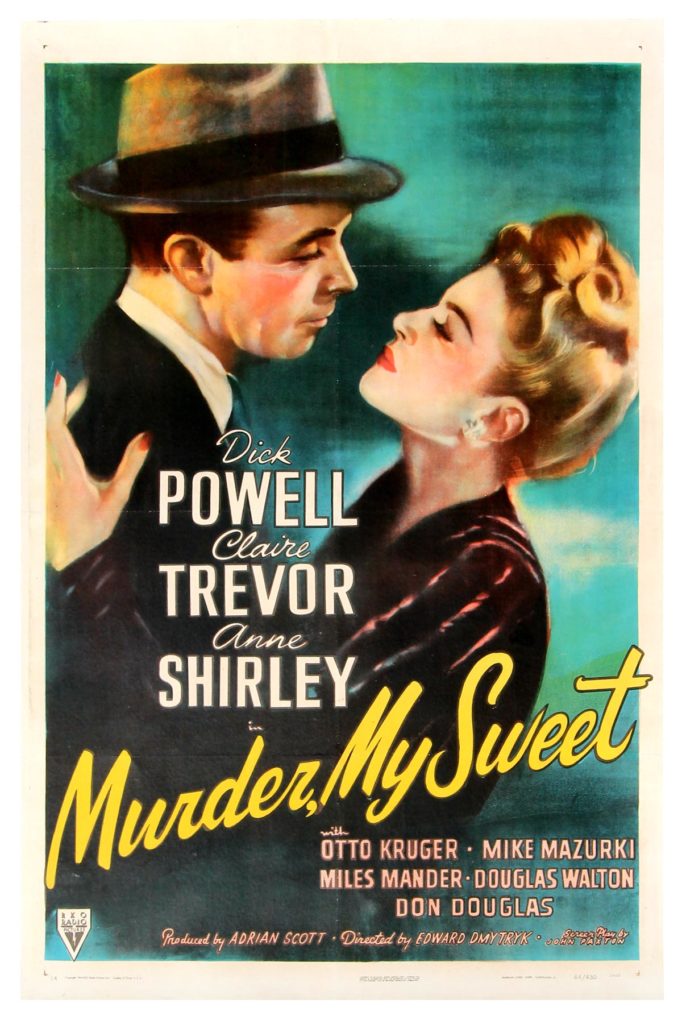 After years of playing the ingenue male in great Warner Brothers musicals (and briefly at MGM), Powell revitalized his career in film noir. RKO was on the brink of bankruptcy and signed Powell to make some musicals, his stipulation being that he played a dramatic role each year as well. So successful was the film that he need not make musicals. Even writer Raymond Chandler praised his performance. The title of Chandler’s novel, Farewell, My Lovely, was changed in fear that audiences might mistake the film for a musical with Powell starring.