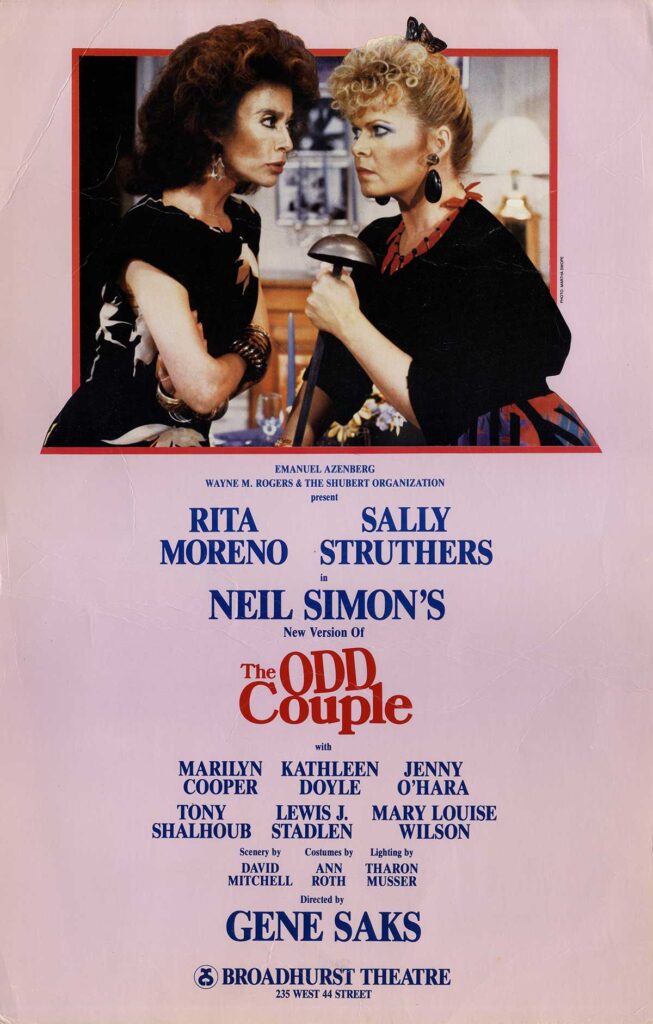 Two decades after its very successful debut on Broadway, this unusual revival was done of the comedy about two mismatched roommates – except this time, two women (Rita Moreno and Sally Struthers) took on the lead roles. This poster is for the play’s tryout in Los Angeles prior to its Broadway run.