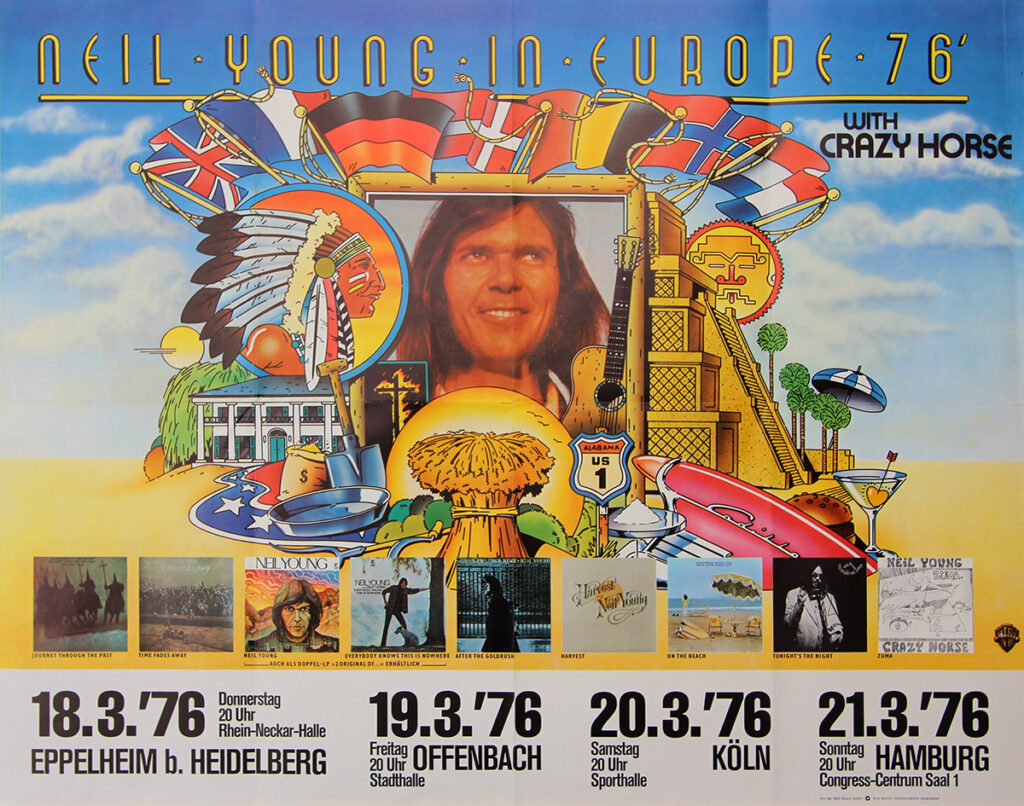 Save for a few concerts in the UK, this was Neil Young’s first full European tour as a solo artist and was primarily set up to promote the release of the Zuma album. Recorded at Broken Arrow Ranch in Redwood City under the guidance of producer David Briggs, Zuma (named after Zuma Beach in Malibu, where Young owned a house), was released on 10th November, 1975, on Reprise Records.

With the backing of a reunited Crazy Horse, Frank Sampedro replacing the late Danny Whitten, Zuma was the first album after the famed “Ditch Trilogy”, comprising the albums Time Fades Away (1973), On the Beach (1974) and Tonight’s the Night (1975), and had an overall more upbeat atmosphere, with a combination of country-tinged rock acoustics and lumbering hard-rock pieces similar in style to songs on the Everybody Knows This Is Nowhere album from 1969.