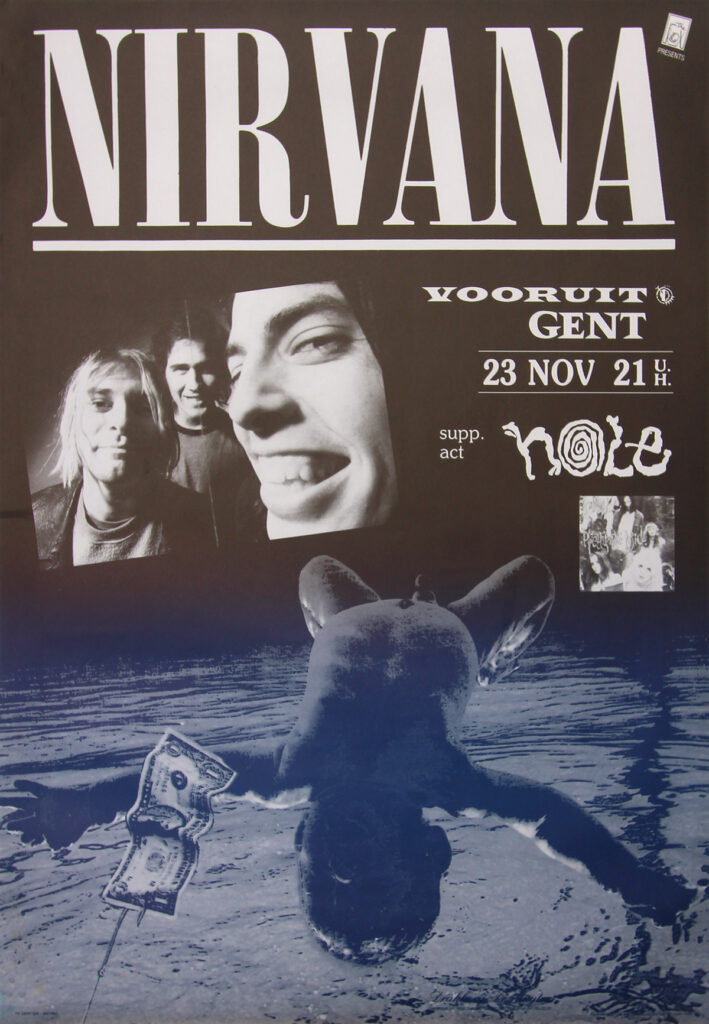 After signing with DGC Records in 1991, Nirvana issued their second album Nevermind, which contained their single “Smells like Teen Spirit”, and they were suddenly catapulted to international success, which in turn led to a European tour and this appearance in Belgium. The show, on November 23, 1991 at the Vooruit in Ghent, Belgium occurred only two months after the release of that album. The opening act was Hole, whose frontwoman, Courtney Love, wound up marrying Kurt Cobain.