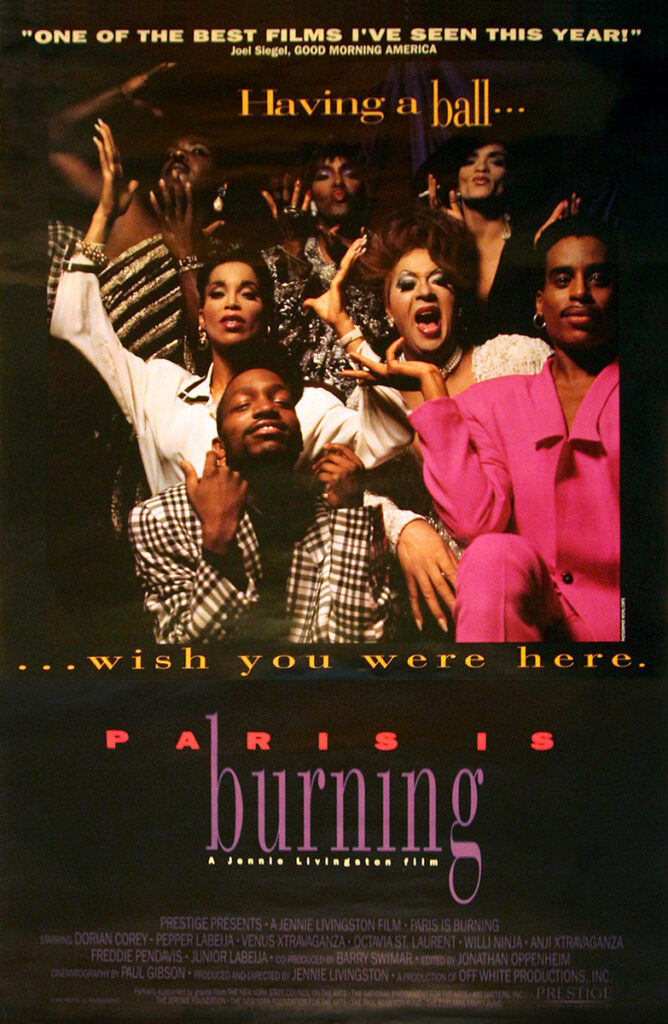 PARIS IS BURNING (1990) One sheet poster