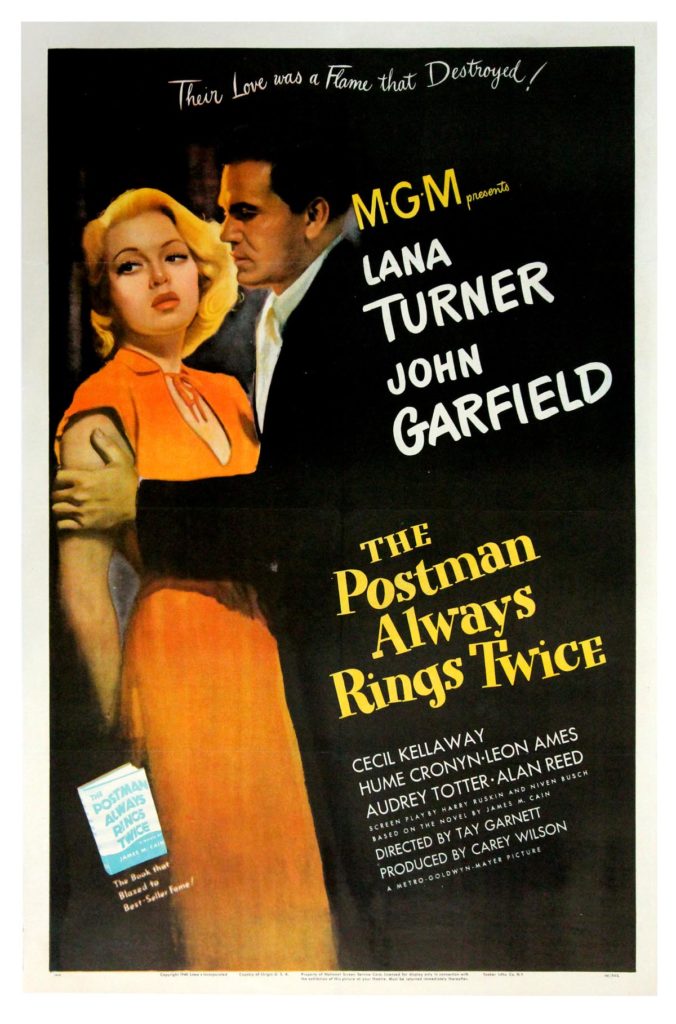 A classic poster of the film noir genre. An unhappily married woman and a drifter plan and carry out the murder of her husband. It is one of the best remembered, most atmospheric and sexually tense films (even within the restraints of the Production Code) of this period genre. It took twelve years to bring the notorious James M. Cain novel to the screen because of the code restrictions.

The film and the presentation of this poster were not typical MGM fare of the period, but the studio proved themselves as adept at the noir genre as Warner Brothers. The film cemented Lana Turner’s star status and critics accepted her as a serious actress. Author Cain felt she was the perfect choice for Cora.

Beautiful example of this poster which has become hard to acquire.