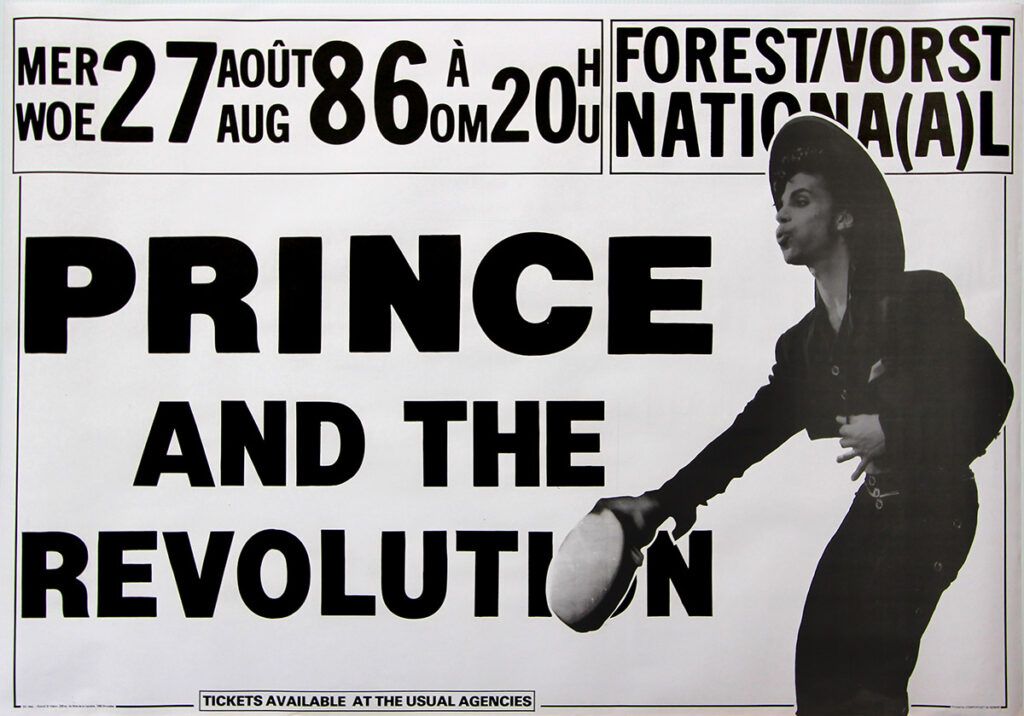 Poster for a November 27, 1986 concert in Belgium featuring Prince and the Revolution. Promoting their Parade album (which doubled as the soundtrack for the Under the Cherry Moon film), they played the Forest/Vorst National arena, where many sporting events and concerts have been held. With the momentum of the hit single “Kiss”and the heat still from the mainstream breakthrough of Purple Rain, the flame would go out for the Revolution only a few months later. In the fall, Wendy and Lisa were fired, and the rhythm section left.

This poster is a great document of the end of a crucial era for Prince.