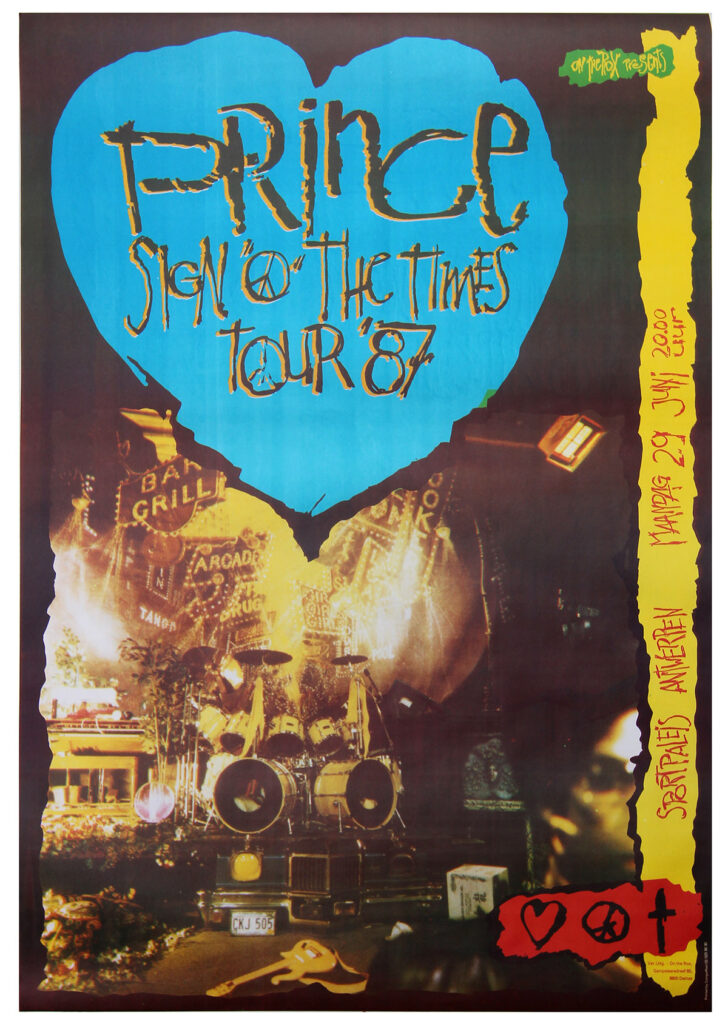 A very scarce printer’s proof, with registration marks and color calibration indications in top and bottom blank margins, for Prince’s Sign O’ the Times Tour concert performance on 29 Jul 1987 at the Sportpaleis in Antwerp, Belgium.

“The Sign o’ the Times Tour was a European concert tour by American recording artist Prince. It was the first tour after the split with The Revolution. The Sign o’ the Times Tour marked a huge transition period in the career of Prince. Gone were the Revolution, in particular long-time band members Bobby Z. (who was there from the start in 1978), Brown Mark, Lisa Coleman and Wendy Melvoin. The only holdovers from the ‘Counter-Revolution’ line-up were Miko Weaver, Eric Leeds, Atlanta Bliss  and long-time keyboardist Doctor Fink. Sheila E., who Prince had been working with in the studio, took over on drums, while another session player, Levi Seacer, Jr., who had been playing in Sheila E.’s band and was also a member of Prince’s jazz-fusion project Madhouse, was added on bass. Boni Boyer was brought on board to play keyboards and organs and the Star Search phenom Cat Glover rounded out the group as choreographer, dancer, and backing vocals.” (Wikipedia)