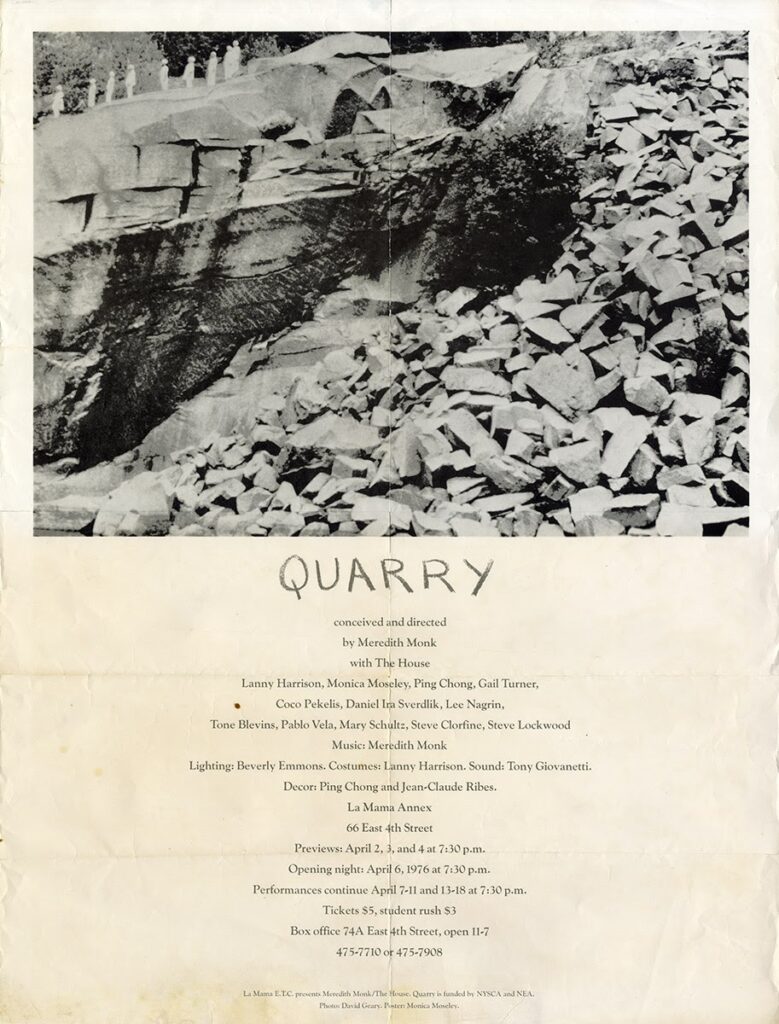 Composer, singer, director and choreographer Meredith Monk created QUARRY, an opera in three movements, as a live stage work between 1975-76 with her company The House as a mosaic of images, movement, dialogue, film, sound, light and music. A meditation on WWII and recurring cycles of intolerance, fascism and cruelty in history, QUARRY centers on a sick American child (played by Monk) whose world darkens as her illness progresses.

Considered a masterwork of the 20th century, the piece is as prescient and relevant today as it was 40 years ago, with its portrayal of the deleterious effect of an autocratic society on the collective mind, body and spirit. It is at once a myth, a documentary and a memorial.