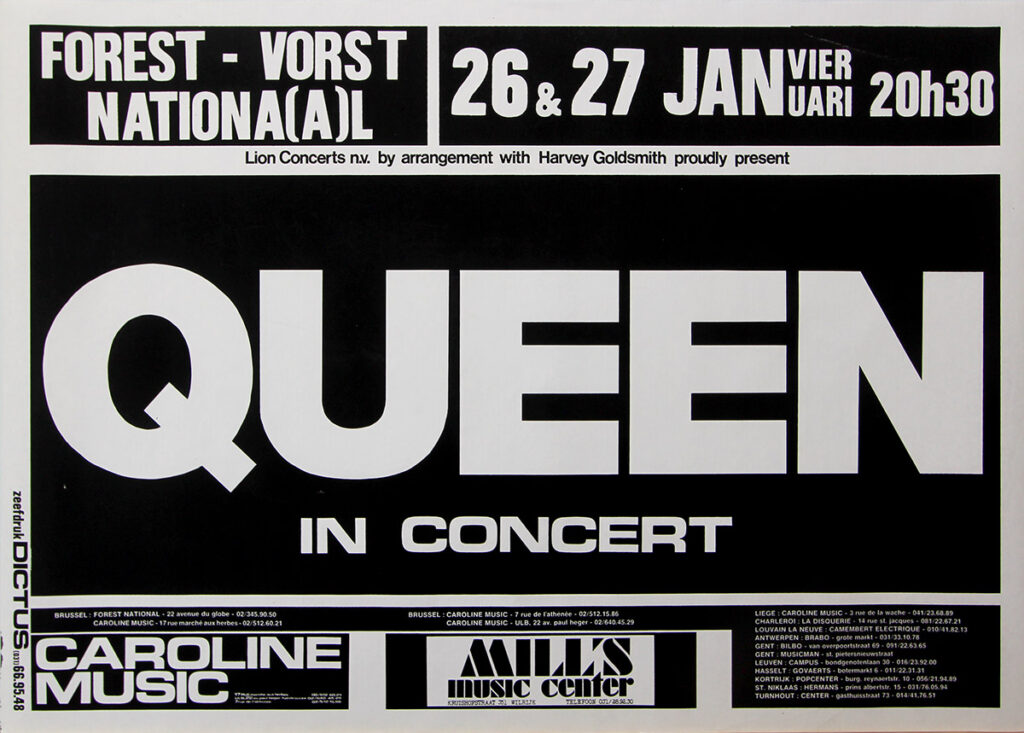 Poster for Queen’s January 26-27 concert shows in Forest/Vorst, Belgium in 1979.

“The band’s 1977 album News of the World contained ‘We Will Rock You’ and ‘We Are the Champions’, which have become anthems at sporting events. By the early 1980s, Queen were one of the biggest stadium rock bands in the world.” (Wikipedia)