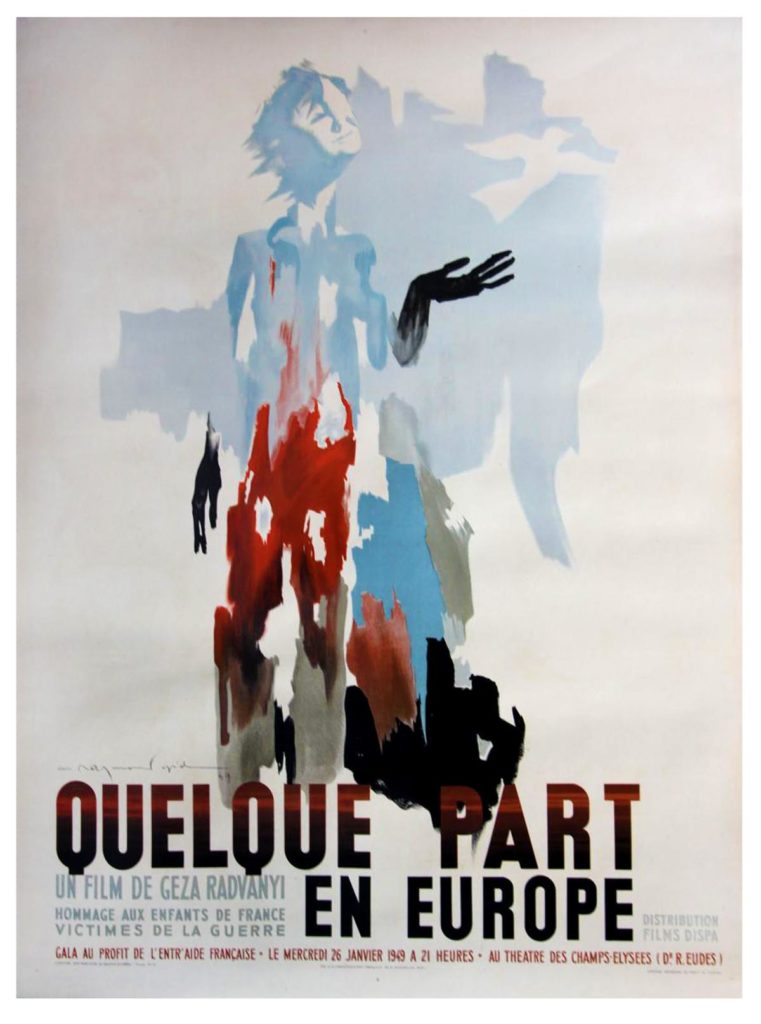 Vintage original 47 x 63″ (120 x 160 cm.) poster, France. Artur Somlay, Miklos Gabor, Zsuzsa Banki, Gyorgy Bardy, dir: Geza von Radvanyi; MAFIRT/Dispa. Stunning and modernistic characterization of a child orphan of war by artist Raymond Gid. The film was produced by Hungary’s young Communist party and was a masterful bit of heartfelt propaganda. Taking place during the last days of World War II, it is a tale of war orphans and runaways tortured by Nazis who rampage the country living as they can. When they come into a ruined fortress inhabited by a renowned orchestra conductor, he takes them under his wing and teaches them to be freedom fighters.

This special poster is for the Jan. 26, 1949, gala premiere benefit opening in Paris at the Theatre des Champs-Elysees. Painter/illustrator Raymond Gid’s (1905-2000) poster art is highly sought after, and this is one of his really rare and most wonderful creations. On linen, a 9″ (22 cm.) area in entirely blank left side has been skillfully and unobtrusively filled-in, VERY GOOD.