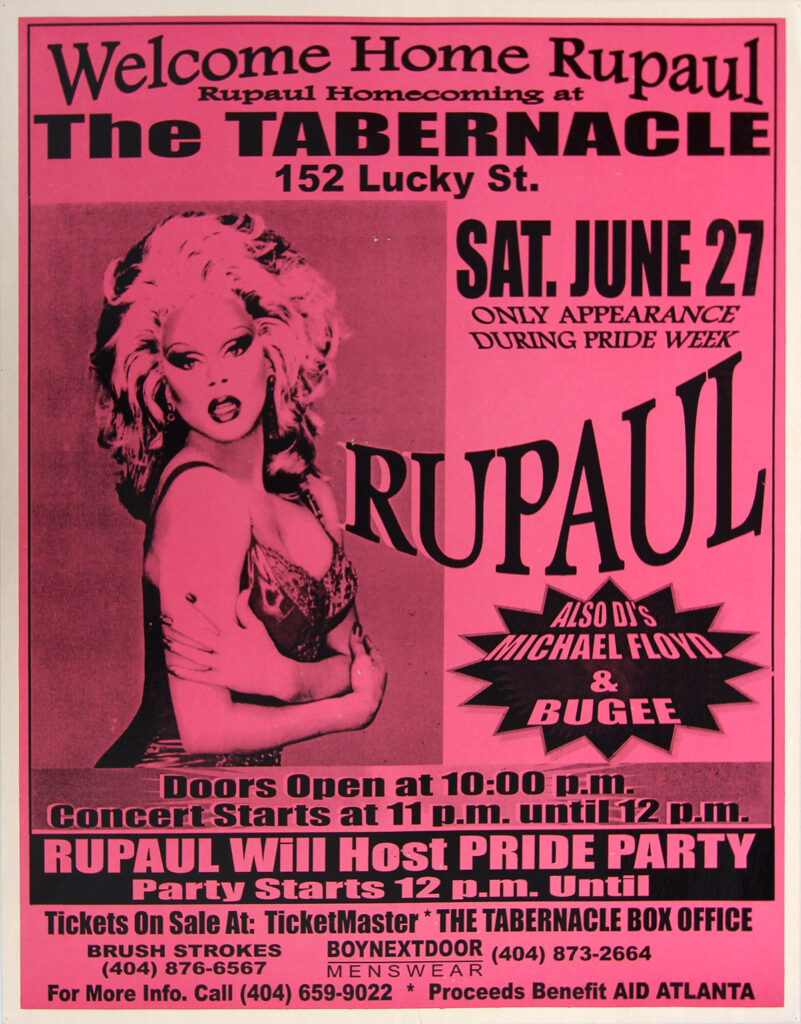 Although born in California, RuPaul Andre Charles moved in with one of his elder sisters in Atlanta, GA, and attended a performing arts high school there. He began performing in drag while on the underground nightclub circuit in Atlanta; hence, when he got to Atlanta to headline this benefit concert, its promoters legitimately thought of it as a homecoming (with the “Welcome Home Rupaul” slogan).