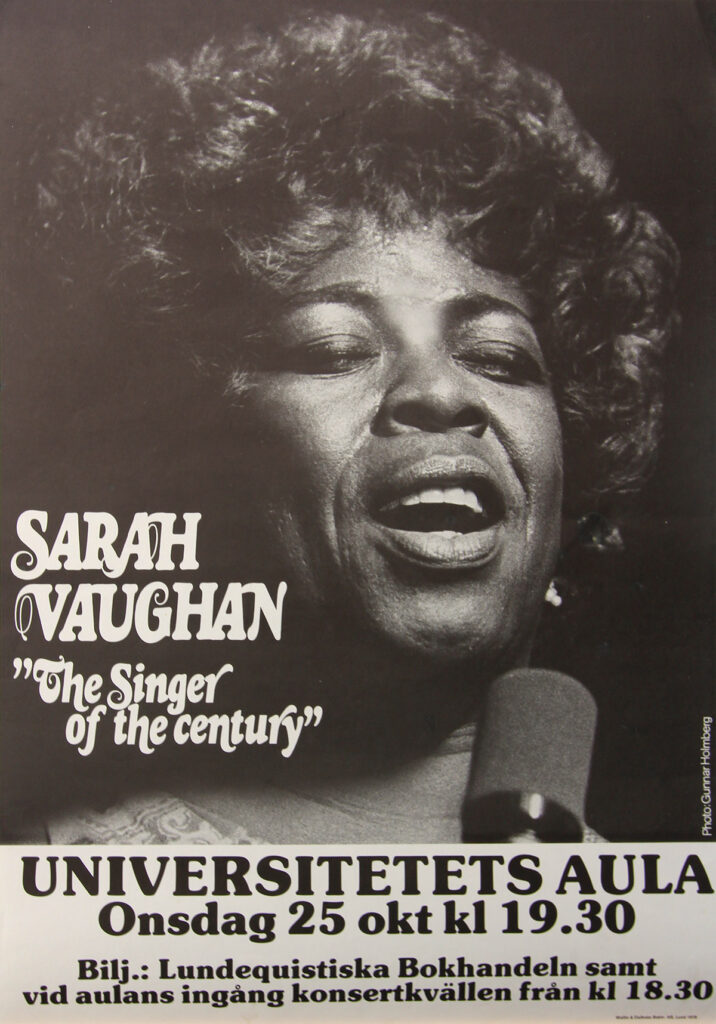 SARAH VAUGHAN “THE SINGER OF THE CENTURY” (1978) Swedish concert poster

“Studied piano as a child, then joined the Earl Hines band in 1943 as vocalist. Left with Billy Eckstine to sing in his new band and went solo in the late ’40s, usually working live with a trio or small group; sang on record mostly with orchestras, especially from the mid-’50s. Had many crossover hits during that decade but was always seen as a jazz vocalist, one of the most gifted, with a big range and variety of tone, a bopper’s way with scat – though she rarely used it – and the stage presence of a forbidding diva. Never as popular as Holiday or Fitzgerald, and – some would say – better than either.” (Cook & Morton, p. 1491)