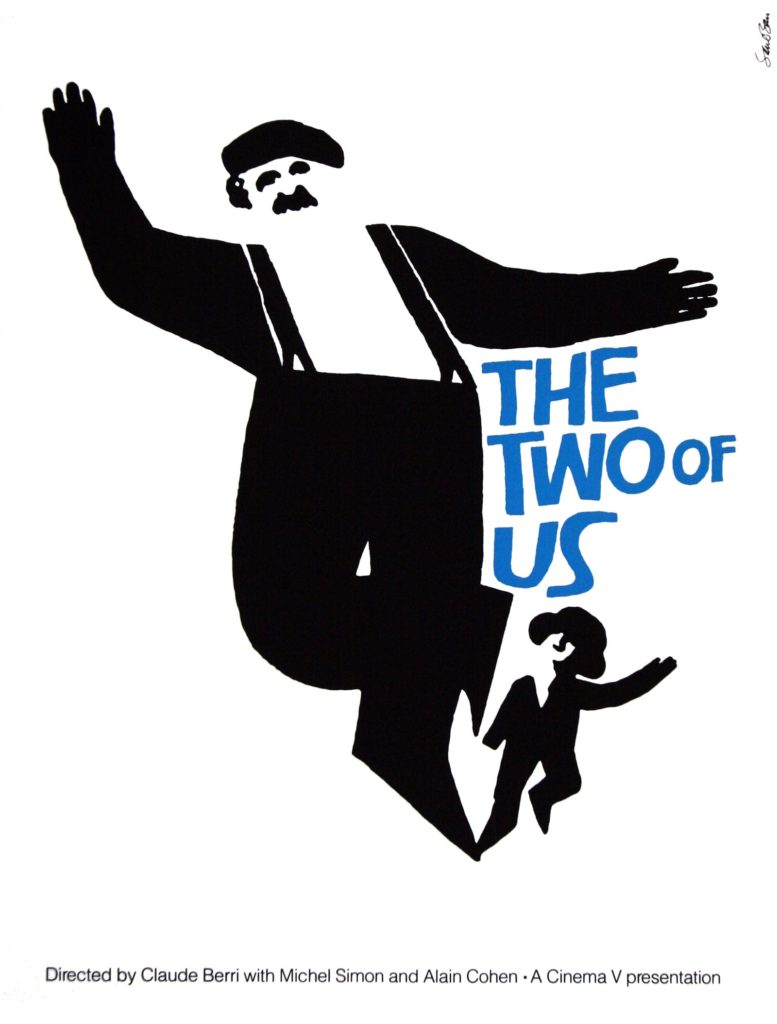 Our friend, poster collector and dealer Daniel Strebin, provided this information: About a decade ago, he received consignments of Saul Bass silkscreens from the Bass estate. He personally saw invoices for some of them which were printed around 1965. Most of the silkscreens were produced at Art Krebs Studio in Los Angeles. Bass continued to have silkscreens created up until around 1980. All of the silkscreen editions appear to have been in editions of between 50-150. It also seems that once an edition was exhausted, Bass did not make a second edition; as a result, all of these art silkscreens are very rare indeed.

Bass never intended for these posters to be sold — they were intended to be given away. Since he was frequently frustrated with the compromises the film studios inflicted on his magnificent modernist designs, the silkscreens were intended to represent his imagery in its purest possible form.

This was for the US release of a French film by Claude Berri, about a young Jewish boy who goes to live with a Catholic couple in France during World War II. The husband (Michel Simon), who does not know his young charge is Jewish, is in fact a virulent anti-Semite, but comes to love the young man and outgrow his prejudices. The original US theatrical one sheet poster has a similar design, but it is only printed in black, with an obtrusive slogan at the top — making this silkscreen infinitely more effective.