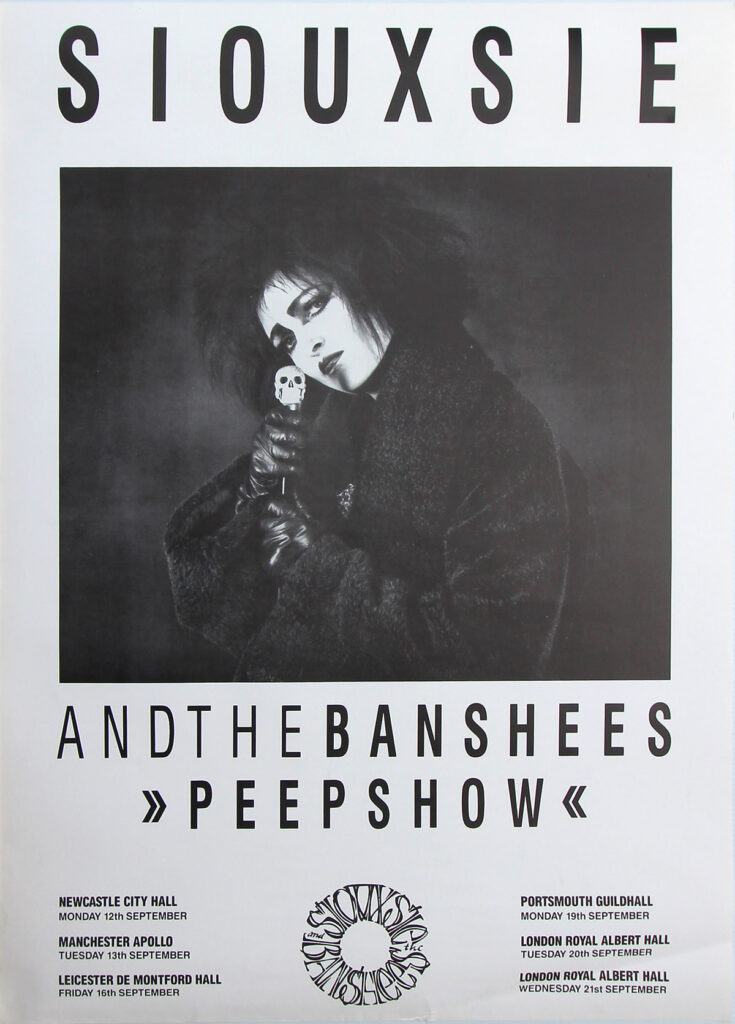 This poster represents a tour in which UK band Siouxsie and the Banshees was promoting their new album, Peepshow.

“Following a lengthy break, the band recruited multi-instrumentalist Martin McCarrick and guitarist Jon Klein. The quintet recorded Peepshow in 1988, with non-traditional rock instrumentation including cello and accordion. Q magazine praised the album in its 5-star review: ‘Peepshow takes place in some distorted fairground of the mind where weird and wonderful shapes loom’. The first single, ‘Peek-a-Boo’, was seen by critics as a ‘brave move’ with horns and dance elements. Sounds wrote: ‘The snare gets slapped, Siouxsie’s voice meanders all around your head and it all comes magically together’. ‘Peek-a-Boo’ was their first real breakthrough in the United States.” (Wikipedia)