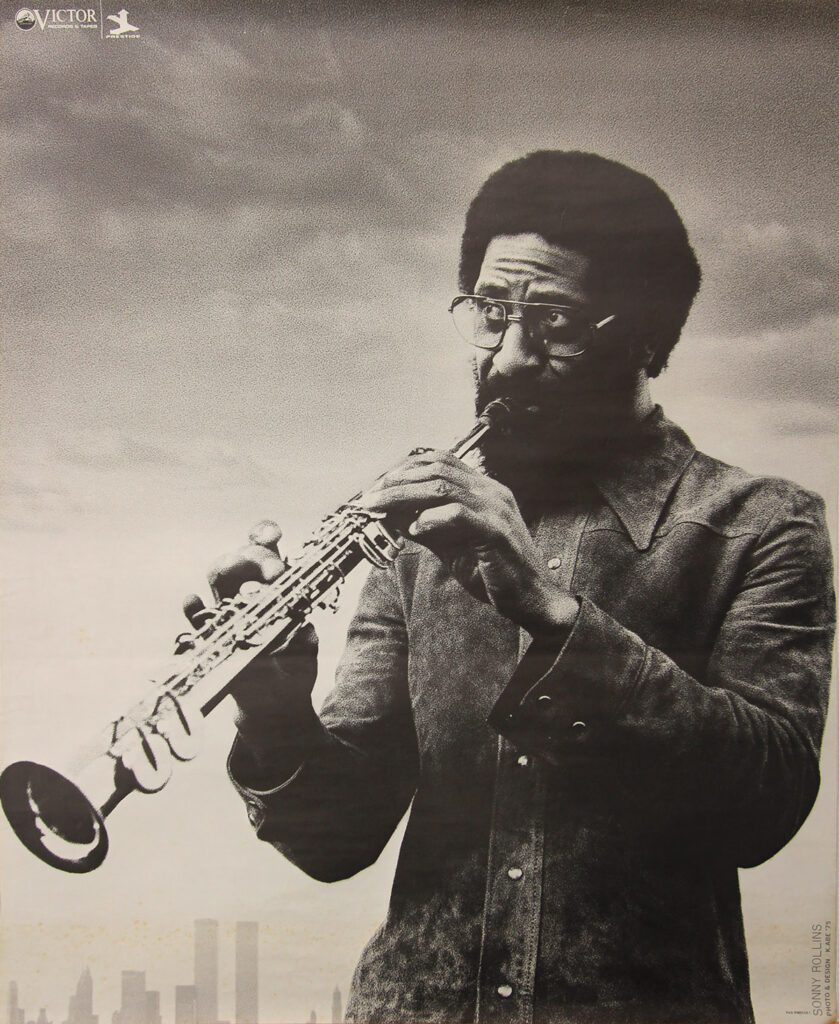 “Born Theodore Walter Rollins, the New York saxophonist recorded as a teenager with Bud Powell and J.J. Johnson, later with Miles Davis and Thelonious Monk, before working in Max Rauch’s group for two years. Since 1957, he has been his own leader. Recording associations have been with Prestige, Blue Note, RCA, Impulse! And, since 1972, Milestone. Two famous sabbaticals from public appearances (1959-61 and 1968-71) have been the only interruptions in a prolific and inspirational career in concert and on record. Although famously inscrutable at times, Rollins’ music has been – in its virtuoso command of the horn and in the calibre of his improvising – enormously influential.” (Cook & Morton, p. 1264)