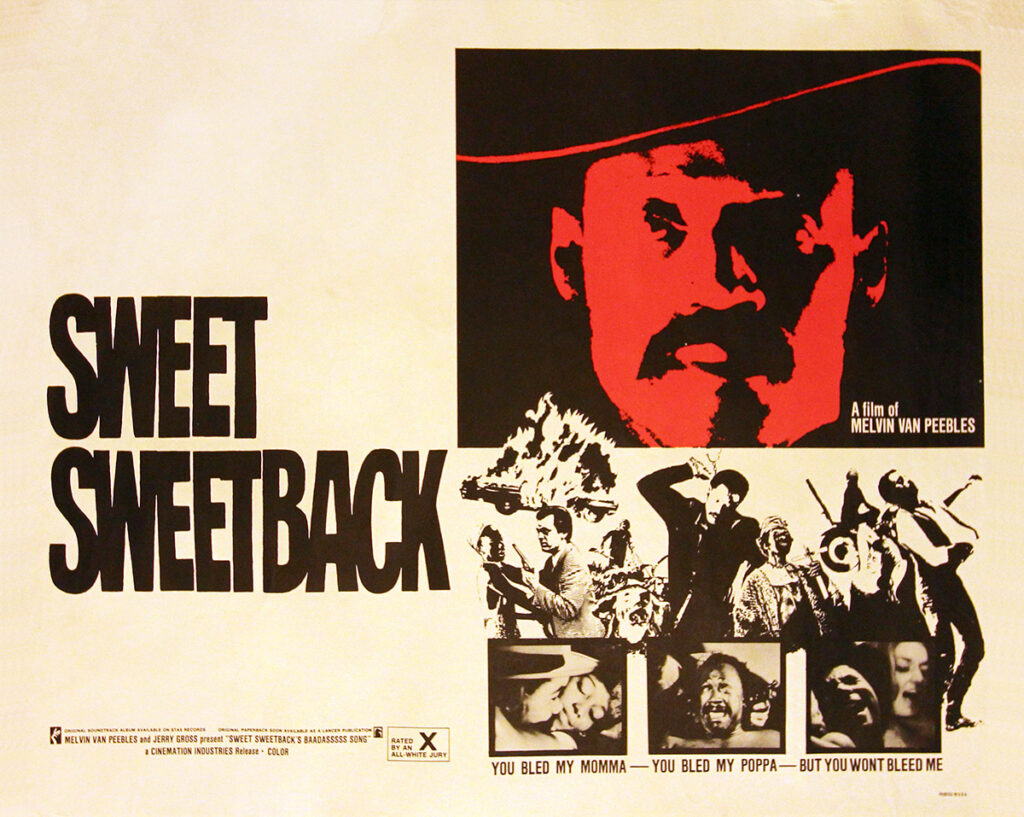 After this film’s posters had been printed, at some point it came to be known under the longer title SWEET SWEETBACK’S BAADASSSSSS SONG. This was director Melvin Van Peeble’s second feature film, and it is a landmark movie which ushered in the 1970s era of Blaxploitation films. This poster contains the famous rating box stating “RATED X BY AN ALL-WHITE JURY.”

“It may be difficult for a contemporary audience to understand the extreme impact of this historic, legendary movie… As they flocked in huge numbers to see it, black audiences of the time saw something else: the movies’ first black man of action… The movie changed the whole conception of what a black film character should be… Black Panther leader Huey Newton called this ‘a great revolutionary document.‘” (Bogle, Blacks in American Films, pp.231-2). Parish and Hill 204.