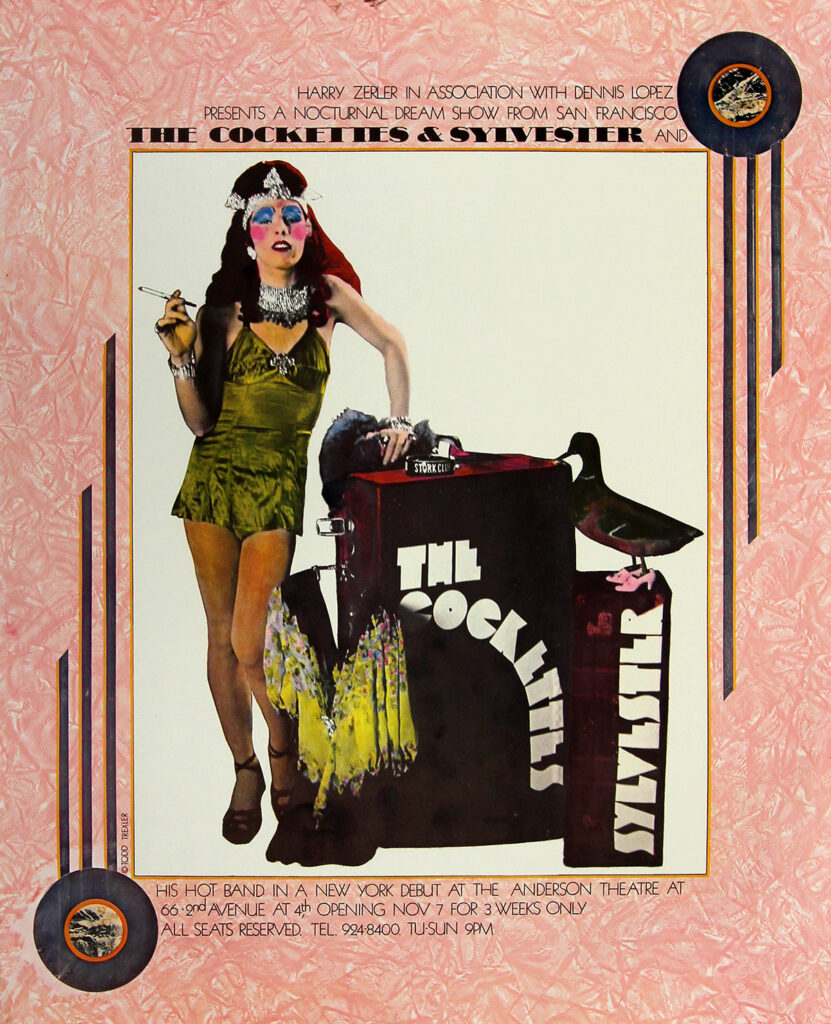 Poster for the New York debut of the Cockettes and Sylvester, a legendary fiasco. The Cockettes were a queer avant-garde hippie theatre troupe that formed in the fall of 1969 in San Francisco.

“In November 1971, the Cockettes were booked for performances at the Anderson Theater in New York City. The venue had no sound or lighting systems and needed a curtain. The stage was also twice the size of the Cockettes’ usual one, so all the sets had to be rebuilt from scratch in six days. They opened with ‘Tinsel Tarts In a Hot Coma’, a send-up of films about Broadway in the 1930s. According to accounts of the time, ‘Everybody who was anybody’ came to the Cockettes’ New York opening, including such celebrities as John Lennon and Yoko Ono, Liza Minnelli, Allen Ginsberg, Anthony Perkins, Truman Capote, Gore Vidal and Angela Lansbury. Also attending were Andy Warhol and his own infamous gender-bending drag performers Holly Woodlawn and Candy Darling. But with the Cockettes’ loose San Francisco magic, the opening night was a disaster, as New Yorkers expected a tightly performed show. Angela Lansbury walked out on the show, soon followed by Andy Warhol and most of the rest of the audience. After the show Gore Vidal quipped, ‘Having no talent is not enough.'” (wikipedia)