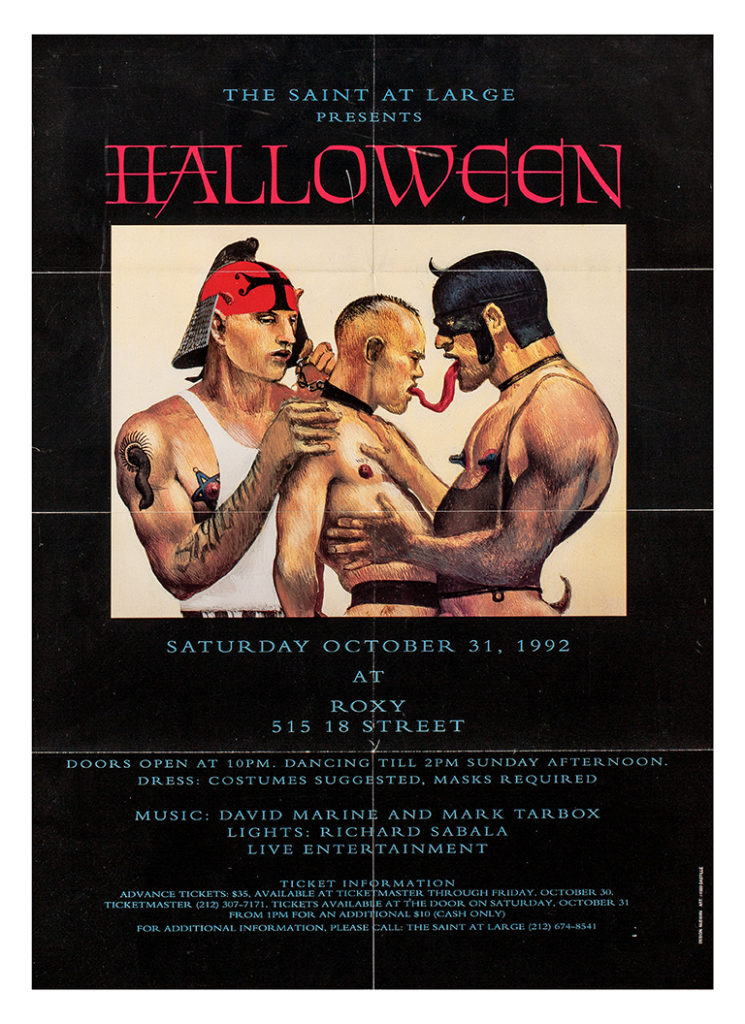 THE SAINT AT LARGE Presents HALLOWEEN at the Roxy (Oct 31, 1992) Poster / Art by Bastille