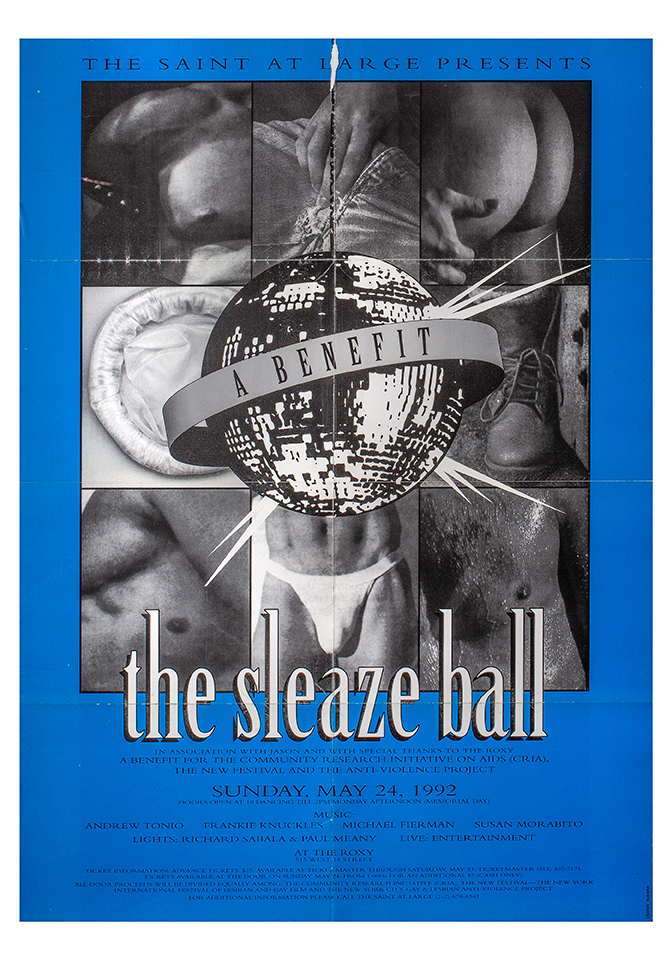 THE SAINT AT LARGE Presents THE SLEAZE BALL: A BENEFIT (May 24, 1992) Event poster