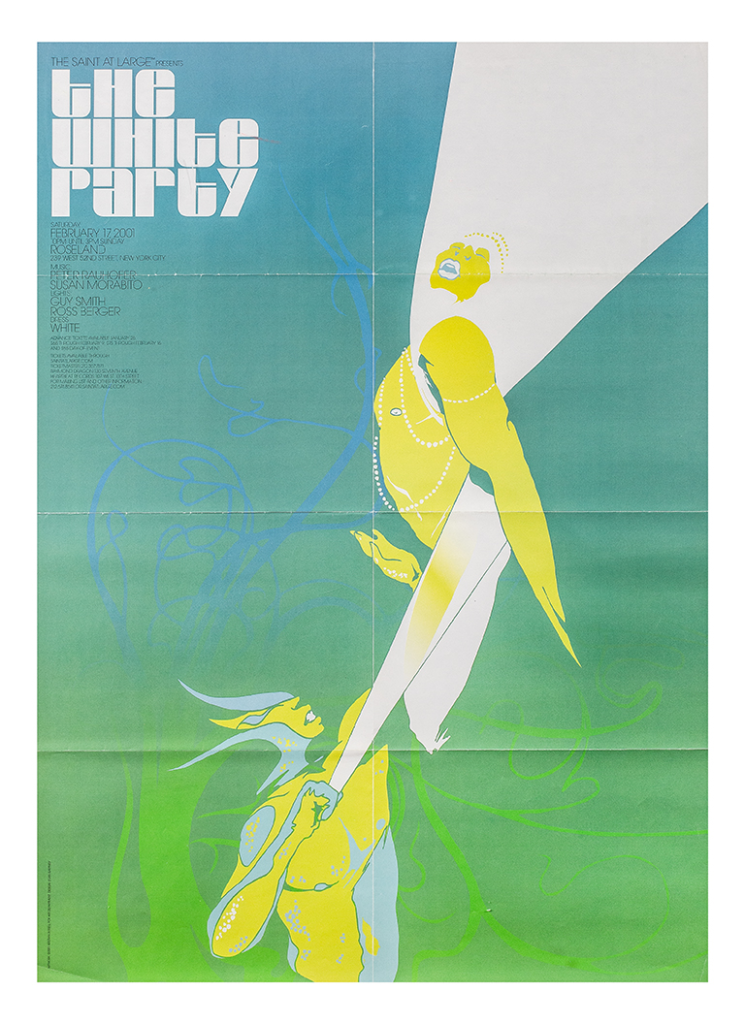 THE SAINT AT LARGE Presents THE WHITE PARTY at Roseland (Feb 17, 2001) Event poster