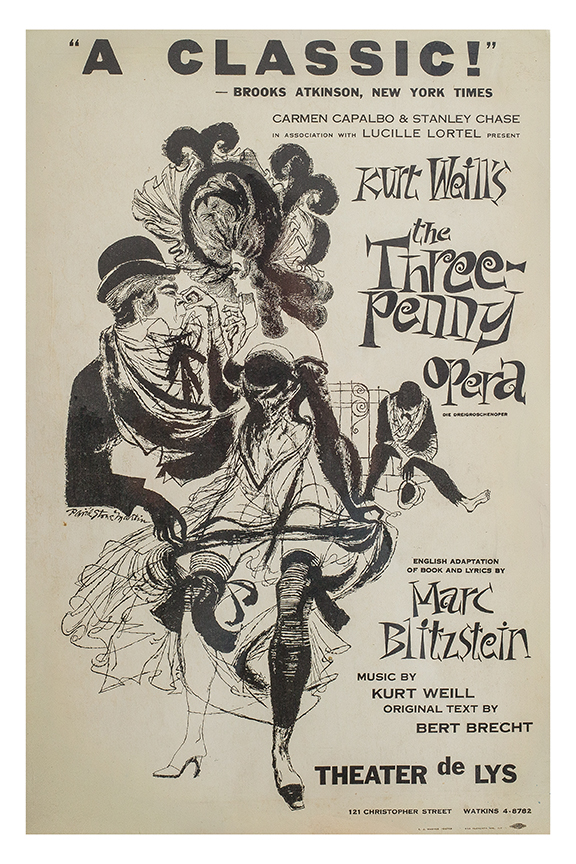 After an initial run of 96 performances, after a debut on March 10, 1954, the play was revived in September, 1955, and experienced a great success, with performances running at the Theater de Lys for six years. The show won two Tony Awards on April 1, 1956. The absence of any reference to those awards on this poster strongly implies that it is most likely from 1955. This poster is from that revival; I have never seen another.