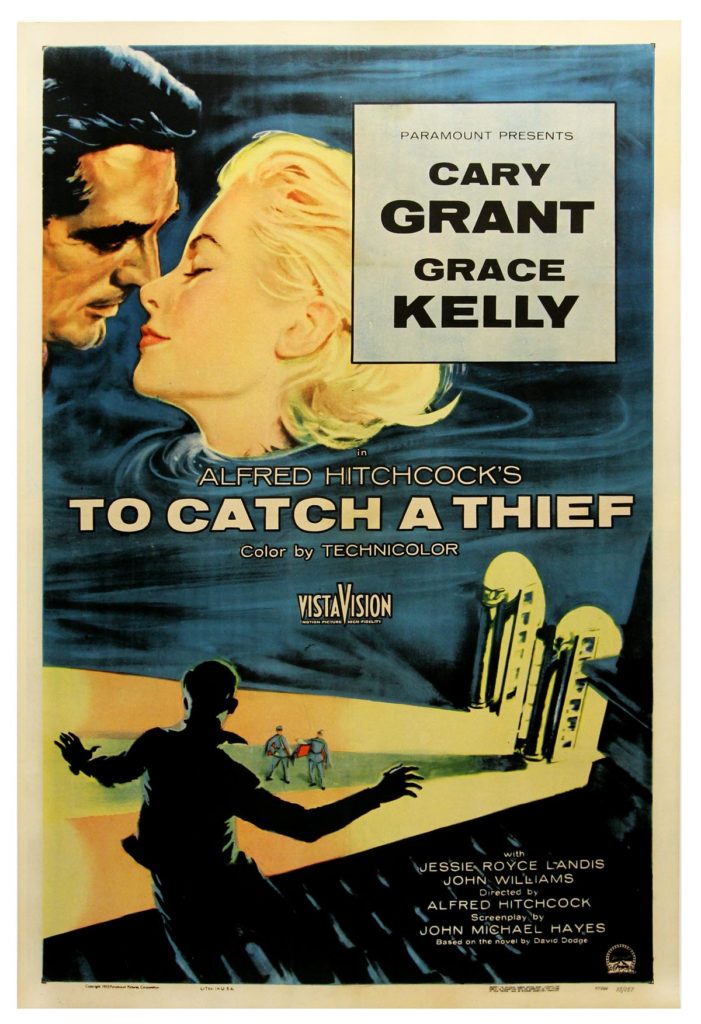 Vintage original 41 x 27″ (103 x 68 cm.) one sheet poster, USA. Cary Grant, Grace Kelly, Jessie Royce Landis, John Williams, Charles Vanel, dir: Alfred Hitchcock; Paramount. One of the finer posters of the 1950s.
Suspense builds as a former jewel thief, suspected of returning to his profession must catch those who are at fault. This would be Grace Kelly’s third and final film for Hitchcock. She would soon become Princess of the country they were filming in, Monaco. Cary Grant was lured out of “retirement” when he felt audiences were no longer interested in his brand of acting with the “method” actors all a rage. The film was a huge success and he remained acting for many more years.
Classic imagery speaks for itself. Poster is professionally conserved on linen. The folds are nearly unperceivable and only the minutest of touch-up. FINE.