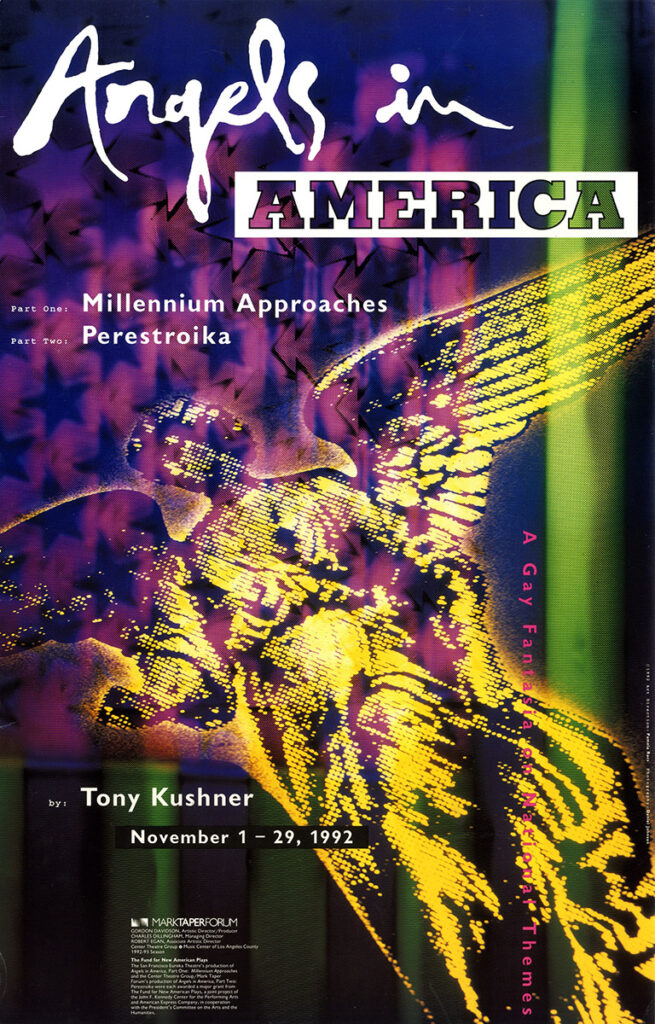 Angels in America was commissioned by the Eureka Theatre in San Francisco, by co-artistic directors Oskar Eustis and Tony Taccone. It was first performed in Los Angeles as a workshop in May 1990 by the Center Theatre Group at the Mark Taper Forum.

The second part, Perestroika, was still being developed as Millennium Approaches was being performed. It was performed several times as staged readings by both the Eureka Theatre (during the world premiere of Part One in 1991), and the Mark Taper Forum (in May 1992). It premiered in November 1992 in a production by the Mark Taper Forum, directed by Oskar Eustis and Tony Taccone. In November 1993 it received its London debut in a National Theatre production on the Cottesloe stage, in repertory with a revival of Millennium Approaches, again directed by Declan Donnellan.

The entire two-part play finally debuted on Broadway at the Walter Kerr Theatre in 1993, directed by George C. Wolfe, with Millennium Approaches performed on May 4 and Perestroika joining it in repertory on November 23, closing December 4, 1994.

This very scarce poster is from the play’s run in Los Angeles at the Mark Taper Forum in November 1992. This was the first time that the play was presented in its full two-part form.