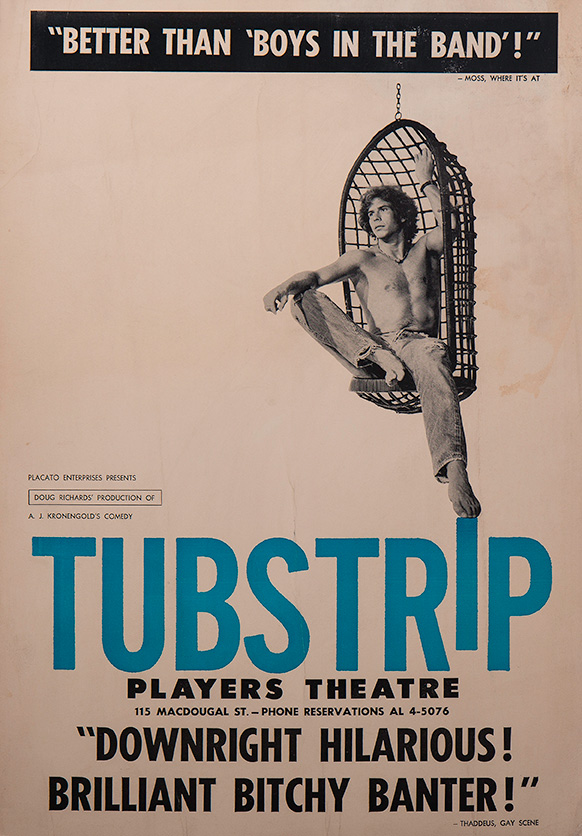 In the years immediately following Stonewall, there were some off-Broadway plays which depicted the lives of LGBTQ people. This one, apparently a bitchy comedy about a group of young men at a gay bath house, had its initial run off-Broadway, first at the Mercer Arts Center, then, when that center had to be closed due to structural problems in the building, it then moved to the Players Theatre, from which this poster emanates. It was moved a year later to a Broadway production, and a successful national tour followed, with the gay icon Casey Donovan in the cast. Unfolded, with some minor creasing and very light stains at margins, VERY GOOD.