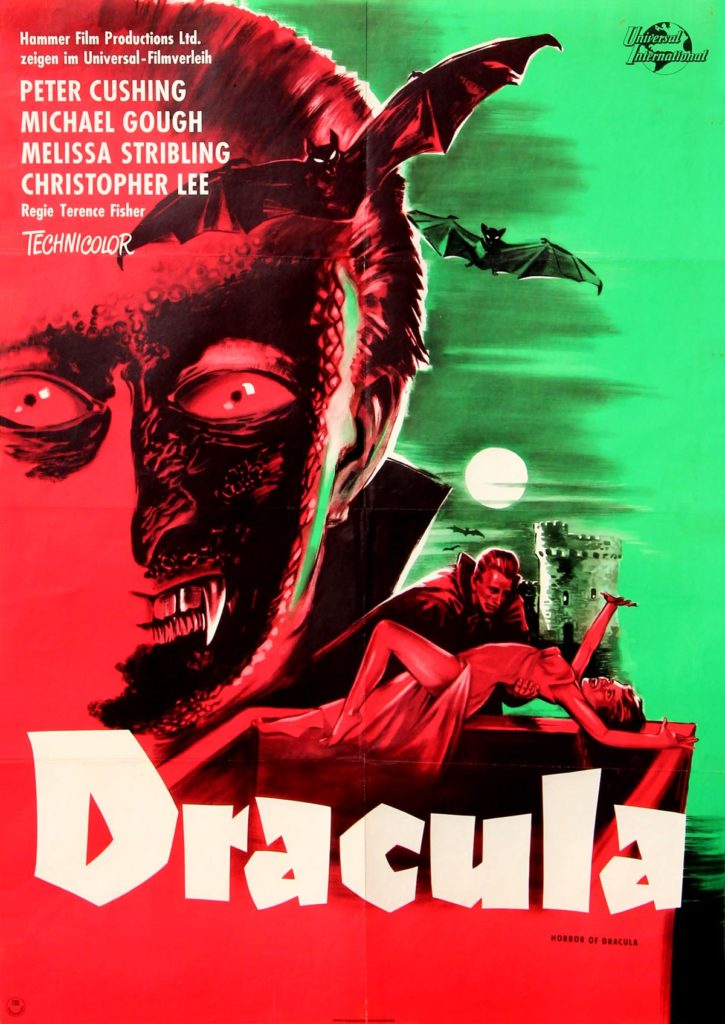 Dracula is out to attack Jonathan Harker’s fiancée after being attacked by Jonathan. Only Dr. Van Helsing can possibly help her. This poster is for the German presentation. In Europe the film was released as DRACULA, but so as not to confuse it with the original American film of 1931 featuring Bela Lugosi, which was in re-release, the alternate title HORROR OF DRACULA was included on the poster.

Peter Cushing as the Vampire doing his deed is featured on this poster, with its vibrant color. Poster is folded but does not appear to have been used. Minor corner creasing, shelf wear only. Top and bottom fold junction seam have been reinforced with archival tape, ABOUT FINE.