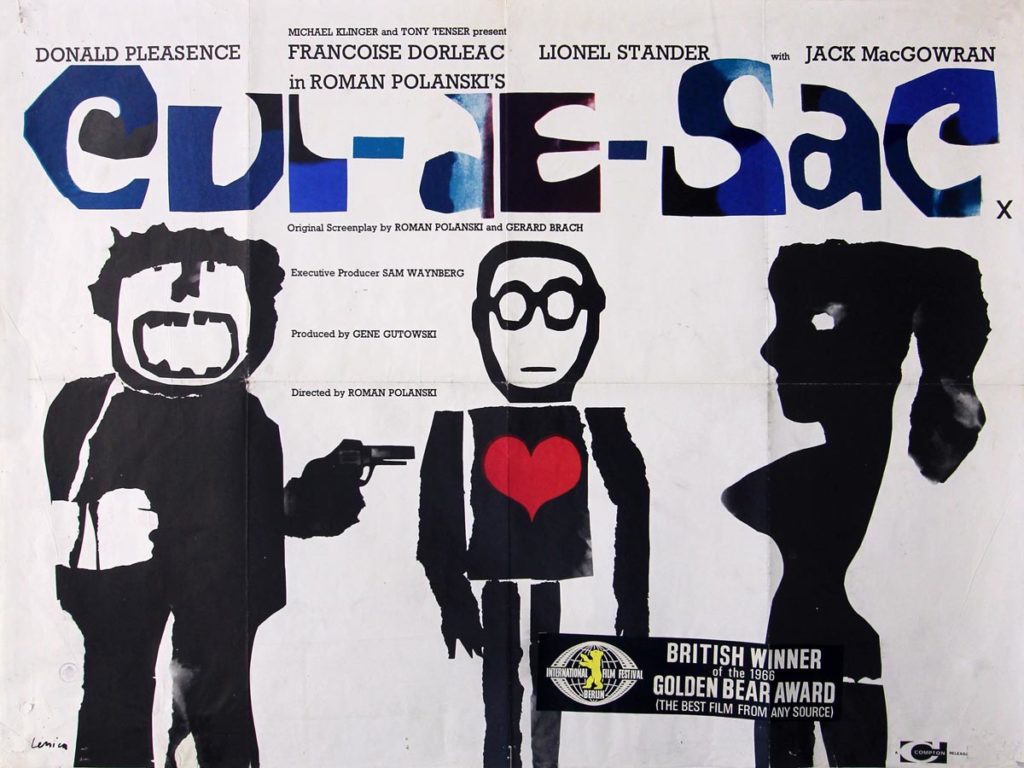 This original British poster for this classic British film is a famous surreal design by Polanski’s contemporary, Polish film maker and graphic designer Jan Lenica. Reissues as well as later bootleg reprints of this poster have turned up, but they do not utilize the full color scheme of this famous ’60s design.

Folded, there is small paper loss at foldlines, numerous pinholes and tears at edges, some scattered smudges and scuffs, and there are two 3″ (7.5 cm.) mended tears, with archival paper on back, in upper top left, overall poster displays nicely. There is a paper snipe indicating the film having won the Golden Bear Award at the Berlin Film Festival. Overall GOOD-VERY GOOD.