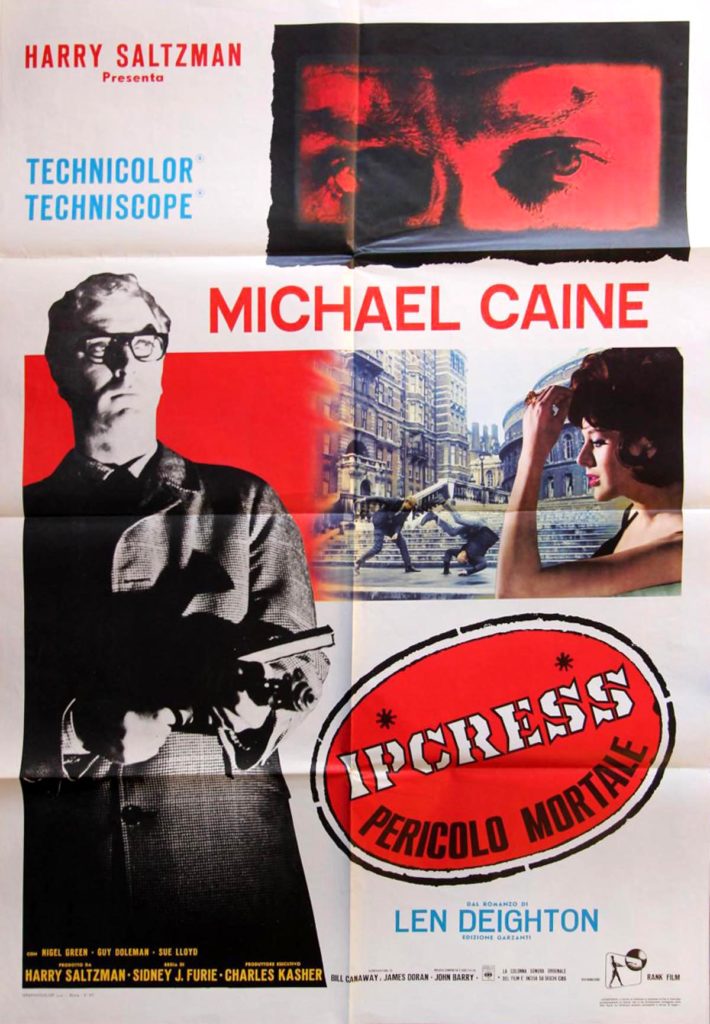 Popular 1960s crime/espionage thriller based on The IPCRESS File by Len Deighton and set and filmed in London, touching upon the local political atmosphere at the time. Michael Caine played Harry Palmer, a counter-espionage agent, investigating the kidnapping and brainwashing of British scientists. The spectacled Caine represented a new kind of British hero, and the film had a great influence on the American TV show Mission: Impossible.

An effective layout from Italy.