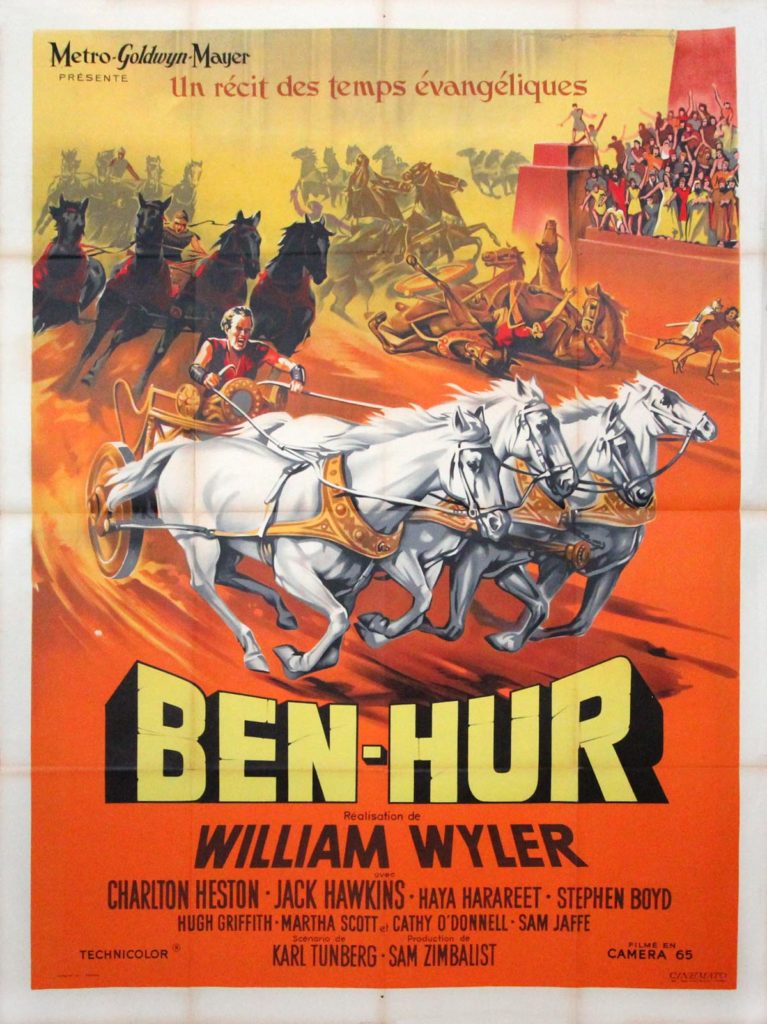 The French artist has chosen to depict the moment between Charlton Heston as Ben-Hur with his team of white horses overcoming Stephen Boyd as Messalla with his black horses. Poster is folded and in original condition. It appears to have never been used and therefore the colors are immaculate. There are fold and fold junction tears, ABOUT FINE.