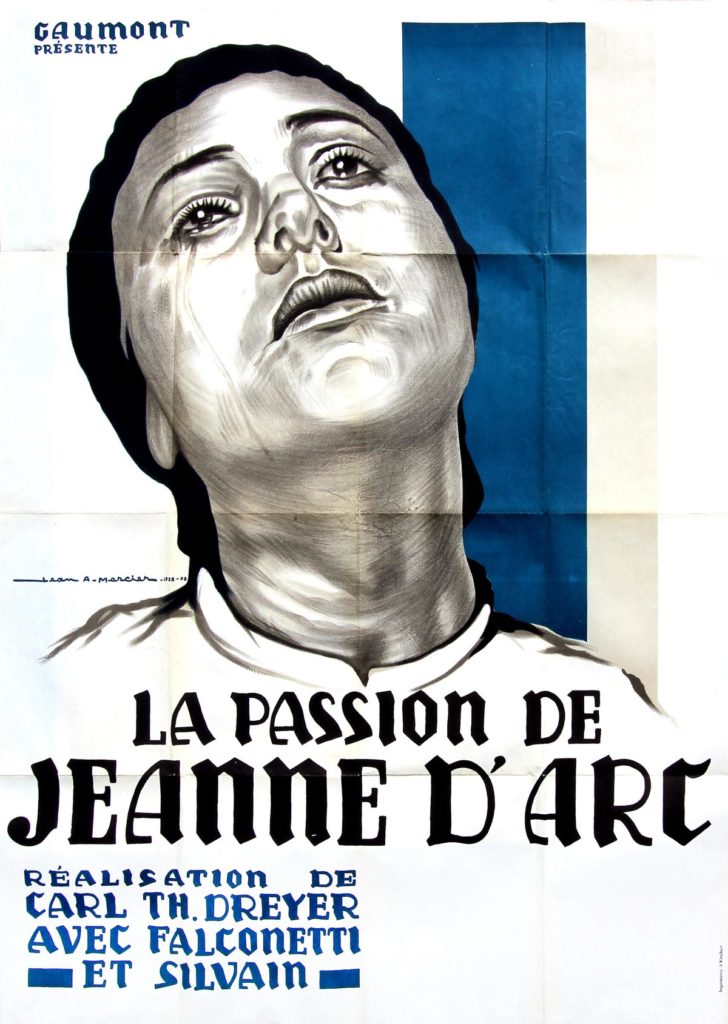 Dreyer’s masterpiece was originally planned as one of the earliest talking films, but that did not happen, and so it became one of the final masterpieces of the silent cinema.

French artist Jean A. Mercier designed the great original 1928 French posters; this poster is a reworking of one of his original designs, used for the film’s 1978 re-release. Folded, with slight creasing at folds, JUST ABOUT FINE.