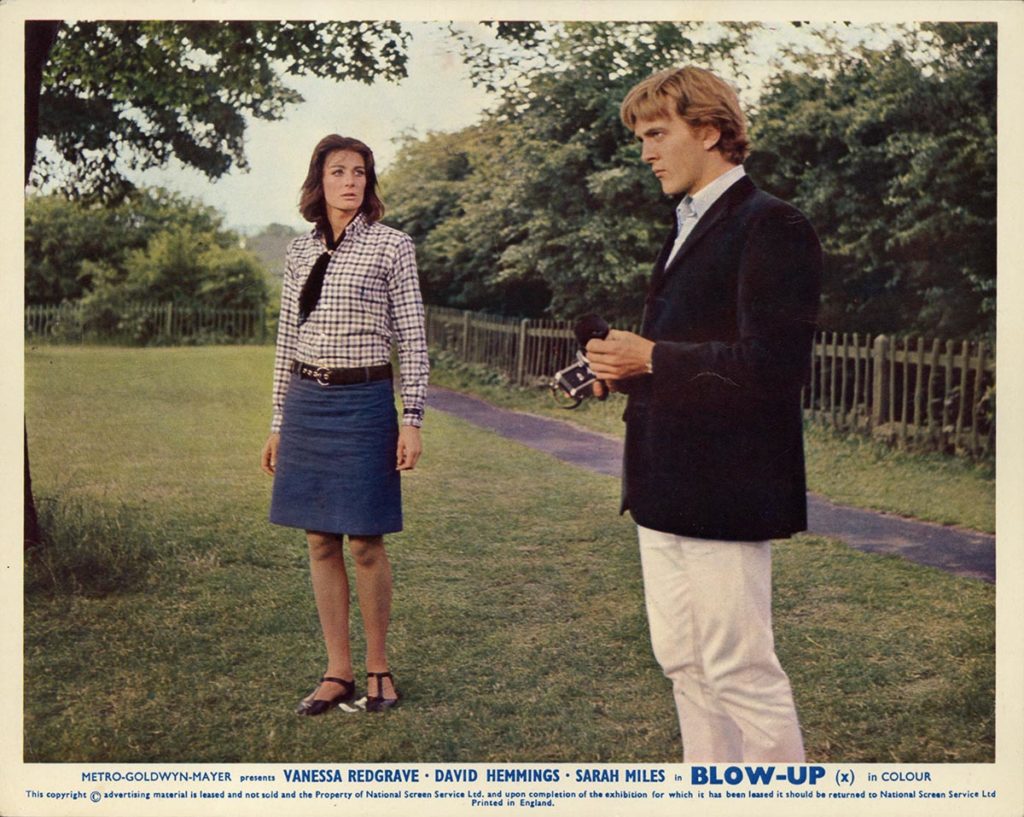 Set of eight (8) vintage original 8 x 10″ (20 x 25 cm.) color photos, UK. David Hemmings, Vanessa Redgrave, Sarah Miles, dir: Michelangelo Antonioni; MGM. Scarce complete set of British color stills for this British film (it was technically registered as a British-Italian-US co-production, but, one which was both set and shot in London).

The quintessential film that expresses the swinging London of the 1960s, with a great set of images which nicely epitomize this mystery film about the nature of truth. JUST ABOUT FINE.